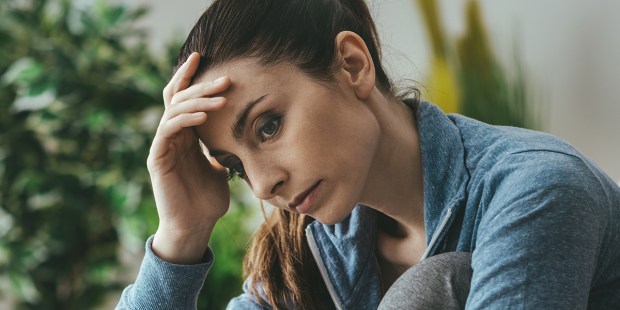 5 Principles to take to heart and mind.

HIM: It’s good for me to live on a diet of high fructose corn syrup.

ME: That’s crazy!? There’s no evidence to support that! And it contradicts what’s well known about health.

HIM: It’s ok. My conscience says I can live on a diet of nothing but high fructose corn syrup.

ME: Then there must be something wrong with your conscience.

HIM: I don’t have to explain myself to you—I’m following my conscience!

ME (Trying to remain calm and charitable): What you’re saying casts doubt on your understanding.

HIM: I have to follow my conscience! The Church says so! Why don’t you want me to be a good Catholic?

The exchange above is admittedly satirical—but only barely so. Conscience is often a hot topic among Catholics, especially when discussing controversial matters. The heat reaches a boiling point during election seasons.  (I’ve already written that conscience isn’t a conversation-ender HERE.) People talk about *following* one’s conscience, but very few talk about *forming* one’s conscience.

Similarly, people use words like “discernment” and “prayer” the way others use the word “conscience” as excuse-making for witless assertions. Here’s an illustration taken from real life:

PARISHONER: I’ve discerned in prayer that God wants me to leave everything and everyone behind immediately and work as a solitary missionary, serving the poorest of the poor.

PRIEST: No, God doesn’t want you to do that.

PARISHONER: How can you say that? I have to do this! Because I discerned it! In prayer! Don’t you want me to obey God’s will?

PRIEST: I know that you didn’t discern in prayer that it’s God’s will that you leave everything and everyone behind immediately and work as a solitary missionary, because you have a pregnant wife and two small children. You can’t have discerned such a plan in prayer because God will not call you to abandon your sacramental and moral obligations.

Do you see how this works? People attribute to “conscience” or “discernment” or “prayer” what is really an expression of an emotional state. When I’ve challenged people on their misuse of these three words, the exasperated response I get is: “But I just feel that …” That may be true. They may feel. They may even feel very intensely. But feeling alone is not the stuff of conscience, or discernment, or prayer.

Read more:
Did you know Catholics have a small number of “obligations”?

Here are some non-negotiable principles:

Let’s go back to the story of the guy eating only corn syrup. Notice that he did not say, “My research shows that eating only corn syrup is good for you.” Why not? Because none exists. I’ve met folks who have proposed some very dubious moral claims—the number and doubtfulness of these claims tend to increase dramatically if we are talking about sexual morality or politics. Most often, when I’ve offered evidence and reasoning showing that their proposals are likely or even certainly wrong, the response has not been even a superficial examination of the evidence. No counter-evidence is offered. Not surprisingly, no counter-argument, much less refutation of the reasoning is offered. Instead, I hear: “I still feel that …” or “Conscience!” or “Well, I brought it to prayer and I still discerned …”

We are in a sorry state if even Christians, when speaking of moral matters, turn towards excuse-making and the flight from accountability, rather than present themselves for examination in the light of truth—both the truth available to ordinary human reason and the truth revealed by God.

Yes, faithful Christians are meant to live by example, that is, offering the good example of truly righteous lives. At the same time, faithful Christians are meant to be reasoning Christians, offering the good example of gathering and sifting evidence in search of what is true and good. True conversion requires a purification of both heart and mind, a purging of both moral and mental idols, and the enthronement of Christ, true God and true man, who calls every human not only to feel and choose, but also think and learn.

When I write next, I will speak about character and the formation of conscience. Until then, let’s keep each other in prayer.