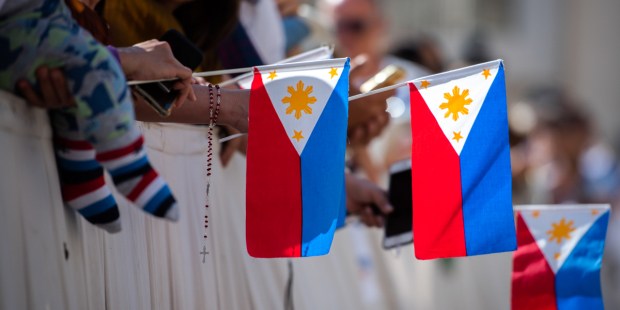 Yearlong observance will kick off with Mass in Southern Leyte.

The nation with the largest Catholic population in Asia is gearing up to celebrate the 500th anniversary of the arrival of Christianity, but the COVID-19 pandemic is putting the celebrations on hold.

The bishops of the Philippines have modified the quincentennial observance, pushing the schedule back one year, the nation’s Catholic Bishops’ Conference announced on its website.

What was to be the culminating celebration in April 2021 will now be the launch of a yearlong observance ending in 2022.

“Due to the crisis caused by the Covid-19 pandemic, it was necessary to change the schedule of our celebration of the 500 years of Christianity,” said Bishop Pablo Virgilio David, acting president of Catholic Bishops’ Conference of the Philippines. “So it is now going to be a whole year celebration until 2022.”

The kick-off will be on April 17 — Easter Sunday — to commemorate the First Easter Sunday Mass in the territory now known as the Republic of the Philippines.

That liturgy took place on March 31, 1521, on Limasawa Island in Southern Leyte, according to the National Historical Commission of the Philippines.

On Sept. 12, the Diocese of Maasin began a 200-day countdown to the 500th anniversary of the 1521 Eucharistic celebration on their island.

The Church will also commemorate the First Baptism in the Philippines, on April 14, 2021, an event that will be spearheaded by the Archdiocese of Cebu.

The bishops also moved the International Mission Congress (IMC), originally set for April 2021, to April 2022. In addition, a series of conferences on the Church’s history in the Philippines is being planned by the bishops’ Commission on the Clergy.

Since 2013, Filipino Catholics have been observing a nine-year preparatory cycle to prepare for the great anniversary. With a particular theme assigned to each year, the Church in the Philippines has sought to deepen and reinvigorate its missionary character, with programs tailored by each of the country’s dioceses and archdioceses.