What kind of wood was the Cross of Christ made of? 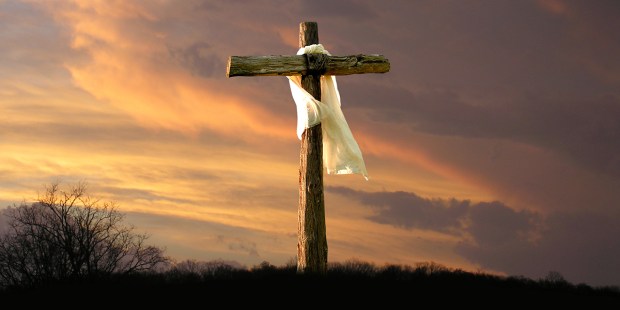 Stories from medieval times found spiritual meaning in connections between the fall of man and the instrument of redemption.

Perhaps not many people dwell on the issue today, but at various times in the history of Christianity, people have sought to explain where the cross of Christ originated. Some of the legends that have sprung up are imaginative, and often carry spiritual meaning related to salvation history.

In 1910, James Charles Wall, a British ecclesiologist, collected some of these legends in his book Relics Of The Passion.

“When the world rang with the news that the Holy Cross had been discovered, and everyone was asking for details, according to the working of each individual mind, there arose these questions among others,” he wrote. “Of what wood was it made? Where did it grow? In which locality budded forth that plant …?”

One of the most intriguing legends makes a direct connection between the Fall of Man and the Passion, by which Christ paid for the sin of Adam. Seth, one of Adam and Eve’s sons, sought relief for Adam when he was sick. Denied the request for a few drops of oil from the Tree of Life, he was given a branch of that tree instead. Upon Adam’s death, Seth planted the branch over his grave, and the tree grew. From that tree, centuries later, was hewn the vertical part of the cross.

“The crossbar was made of cypress, the piece to rest the feet upon was of palm, and the inscription was written on a piece of olive,” Wall relates.

Another form of the same legend, however, explains that St. Michael the Archangel, who refused Seth the oil from the tree, gave him three seeds from the Tree of Knowledge (the one from which Adam and Eve illicitly ate) to be placed beneath the tongue of Adam when he was buried. The heavenly messenger promised that from those seeds should grow a tree that would bear fruit whereby Adam should be saved and live again.

“From the three seeds sprang a trinity of trees of three separate woods, cedar, cypress, and pine, although united in one trunk,” Wall writes. “From this tree Moses cut his rod. It was transplanted by David to the borders of a pool near Jerusalem, and beneath its branches he composed his psalms.”

Solomon had it cut down to form a column in his Temple, but being too short, it was rejected and cast over a stream to serve as a bridge. The queen of Sheba, when visiting Solomon, refused to pass over on that tree, declaring that it would one day occasion the destruction of the Hebrews. The king ordered that it should be removed and buried. This was done near the pool of Bethesda, at which time the virtues of the wood were immediately communicated to the waters. After the condemnation of Christ, it was found floating on the surface of the pool and the Jews took it for the main beam of the Cross.

There has long been a tradition that the cross was made up of a number of different woods — usually three, in honor of the Trinity, but sometimes more. “An old legend makes out that the Cross was made of ‘Palm of Victory,’ ‘Cedar of Incorruption,’ and ‘Olive for Royal and Priestly Unction.’ And in a Latin verse we are told:

The foot of the Cross is Cedar, The Palm holds back the hands, The tall Cypress holds the body, The Olive in joy is inscribed.

The question of where the wood of the cross came from has also given rise to traditions leading to the construction of eccleciastical structures to commemorate the supposed spot or spots. “To the west of Jerusalem is a fair church where the tree of the Cross grew,” Sir John Mandeville said around 1360.

Henry Maundrell (1665-1701), in his description of a Greek convent that he visited about half an hour’s distance from Jerusa­lem, says: “That which most deserves to be noted in the convent is the reason of its name and foundation. It is because there is the earth that nourished the root, that bore the tree, that yielded the timber, that made the Cross. Under the high altar you are shown a hole in the ground where the stump of the tree stood.”

Wall identifies this as the Greek Orthodox monastery of the Holy Cross, a mile or two west of Jerusalem. It was founded not long after the discovery of the cross by St. Helena.