Which pope wrote the most encyclicals? 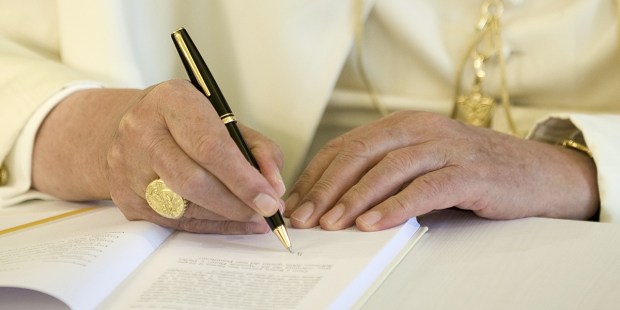 Pope Leo XIII holds the record, with 85 encyclicals during his 25 year reign.

During the past 200 years, encyclicals have become an essential part of the papacy. These letters have given popes the opportunity to address urgent concerns in the Church and the world.

Prior to that there may have been “encyclical” letters, letters from the pope addressed to bishops of a particular region, but the more formal type of letter didn’t come into existence until 1740.

It began with the pontificate of Benedict XIV, who wrote Epistola encyclica et commonitoria, a letter on the duties of the episcopal office. After that, each pope used this official type of letter in various ways.

His encyclicals covered a wide range of topics, such as socialism, Christian marriage, St. Francis of Assisi, Catholics in Belgium, Christian education, the Rosary, the Holy Eucharist and even the church in the United States.

Many of these encyclicals were short, which is why he wrote so many.

The pope with the next highest number of encyclicals is Pope Pius XII (1939–1958), writing a total of 41 encyclicals.

Pope Francis has written one full encyclical (Laudato si’) on his own (having first completed Lumen fidei that was begun by Pope Benedict), with a second to be signed on October 3, 2020 (Fratelli tutti).

The role of encyclicals has changed over the years, especially with the use of modern media. Previously these letters would only be seen by certain bishops and then taught to other bishops or priests who needed to know. Rarely did a lay person ever see an encyclical.

However, during the past 40 years popes have had to keep the laity in mind when writing them, and include them as recipients.