Why papal encyclicals address a wide variety of topics 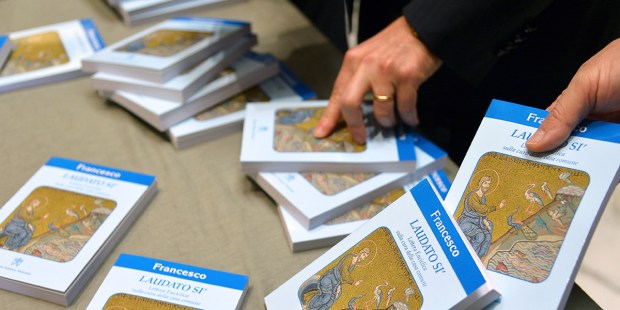 From birth control to Nazi racism, popes have a history of addressing many issues facing the world.

Encyclicals, papal letters addressed to the bishops of the Church, have been used by popes for a variety of circumstances over the centuries. Not only are there encyclicals about the Bible and the liturgy, there are also encyclicals about such topics as birth control and Nazi racism.

According to the Catholic Encyclopedia, a pope will issue an encyclical when a particular need arises, especially when there is an area that needs to be addressed in the universal Church.

From the nature of the case encyclicals addressed to the bishops of the world are generally concerned with matters which affect the welfare of the Church at large. They condemn some prevalent form of error, point out dangers which threaten faith or morals, exhort the faithful to constancy, or prescribe remedies for evils foreseen or already existent.

There does not exist a “formula” for each encyclical, as they depend on the pope and the issues that are affecting the Church at a specific point in time.

For example, Pope Leo XIII wrote Providentissimus Deus in 1893 to address new theories that developed on biblical study and to clarify where the Church stands on the inerrancy of scripture. This was at a time when archaeology and scientific study were booming and the foundations for modern biblical theory were being established.

Many popes would also use encyclicals to address current political situations, such as Respicientes ea omnia by Pius IX, in 1870. Pius IX used his encyclical to condemn the entry into Rome of Italian troops.

One of the best known “political” encyclicals is Mit brennender sorge, a letter by Pius XI addressed to the German bishops in 1937 aimed directly at the Nazi regime and Hitler’s racist ideology.

Whoever exalts race, or the people, or the State, or a particular form of State, or the depositories of power, or any other fundamental value of the human community … and divinizes them to an idolatrous level, distorts and perverts an order of the world planned and created by God; he is far from the true faith in God and from the concept of life which that faith upholds.

Another popular encyclical is Humanae Vitae, written by St. Paul VI in 1968. It addressed the positive theology of the Catholic Church in regards to human life, lifting up the dignity of the human person and the sexual act.

Recent popes have also used encyclicals to address current issues, such as Redemptor Hominis, written by St. John Paul II in 1979, confronting the errors of atheistic-communism.

It is therefore difficult, even from a “purely human” point of view, to accept a position that gives only atheism the right of citizenship in public and social life, while believers are, as though by principle, barely tolerated or are treated as second-class citizens or are even-and this has already happened-entirely deprived of the rights of citizenship.

Pope Francis looks to address the themes of fraternity and social friendship, topics he believes are important to address in the modern world, in his new encyclical, Fratelli tutti.