Saints who had to bury their children 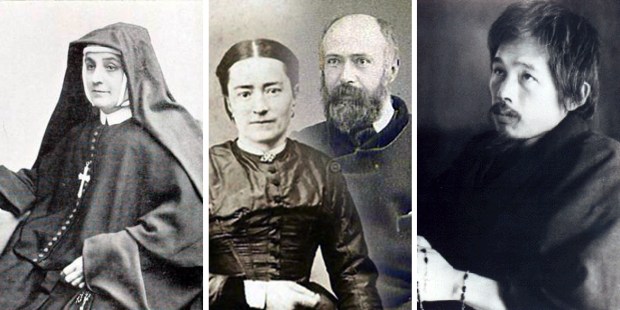 Just like Our Lady, these holy men and women have suffered the torment of losing a child.

Parents who mourn the deaths of their children know that they are not alone, standing as they do with the sorrowful Mother of God. But there is great comfort in the witness of other grieving parents who found holiness after a lifetime of mourning (and some measure of healing in their grief).

St. Emilia of Caesarea (d. 375) was the mother of St. Basil the Great, St. Gregory of Nyssa, and St. Macrina the Younger. But it was one of her three lesser-known sainted children whose death she witnessed, nearly losing herself in the process. Emilia struggled with the temptation of many mothers to idolize their children and was understandably heartbroken at the death of her son St. Naucratius at age 27. When she was unable to find peace with the loss of her child, her daughter Macrina called on St. Paul, telling her gently but firmly: “It is not right for a Christian to mourn as one who has no hope.” Macrina wasn’t denying her mother’s pain but reminding her of the hope all Christians have that we will meet our loved ones again in heaven. Encouraged by this wisdom, Emilia was able to grieve in a way that didn’t threaten to consume her.

Read more:
Meet the family and their friends that gave the Church at least a dozen saints

Sts. Peter Choe Chang-hub and Magdalena Son So-Byok (1786-1840, 1801-1840) were the parents of a young daughter when they lost their second child as an infant. And their third. And their fourth. Nine children in a row. All died as infants. Finally, another little girl who survived, a balm for the grieving parents’ souls, though they must surely have ached for the little ones they had buried. In 1839, when their oldest daughter (St. Barbara Choe Yong-i) was a young mother and their youngest daughter was only 2, the family was arrested along with Barbara’s husband (St. Charles Cho Shin-chol). Having entrusted their surviving children to others to raise, all four adults were tortured and martyred.

Venerable Cornelia Connelly (1809-1879) was married to an Episcopal priest when the two decided to convert to Catholicism. Not long after, the death of their fourth child shortly after birth began Cornelia’s life of suffering. Still, she felt deep joy in the love of her husband and children; this joy one day prompted her to write to the Lord, “O my God! If all this happiness is not to Thy greater glory and the good of my soul, take it from me. I make the sacrifice.” Within 24 hours, the young mother was holding the agonized body of her dying two-year-old son who had fallen into a vat of boiling maple syrup. She held him for 43 hours, surely racked with guilt over what she could have mistakenly seen as the answer to her prayer of abandonment; her diary from the night of his death reads, “Sacrifice! Sacrifice! Sacrifice!” Cornelia and her husband separated soon afterward so that he could pursue ordination as a Catholic priest. When he later regretted his vow of celibacy but found his wife steadfast in her religious vows, Cornelia’s husband kidnapped their children and turned them against her and the Church. She was ultimately reconciled with only one. Asked once why she wasn’t miserable, Cornelia replied with a smile, “The tears are always running down the back of my nose.” Cornelia grieved her suffering deeply but chose to live in the joy of the risen Christ.

Sts. Louis and Zélie Martin (1823-1894, 1831-1877) were the parents of St. Thérèse of Lisieux and her sister, Servant of God Léonie Martin. In addition to their other three daughters who lived to adulthood, they had four children who died: a 5-month-old in 1867, an 8-month-old in 1868, a 5-year-old in 1870, and an infant six months later. Through all this, Zélie clung to the hope of heaven, reminding herself, “We shall find our little ones again up above.” This hope sustained her through life and sustained Louis after her death as he sent his daughters to the convent one by one and awaited reunion with the wife and four children he longed to see once more.

Servant of God Takashi Nagai (1908-1951) was a Japanese doctor and a convert to Catholicism. He raised two children and buried two more, both daughters. Nagai’s second child had been born just before Nagai went to war and died (at 18 months) before his return. Likewise, he hardly had a chance to know his third child, another daughter who died shortly after birth. On August 9, 1945, Nagai rushed into the streets after the atom bomb hit. For days, he served the thousands of horrifically wounded people, not yet knowing that his wife had been killed in the bombing. In reflecting on her death, Nagai took great comfort in the thought of his two little daughters welcoming their mother home. “I could see the two spirits run joyfully and cling to the sides of their mother’s spirit newly ascended into heaven, and I looked forward more than anything else to the day when my own spirit would ascend to join them.”

Read more:
How I Am Living Through the 5 Stages of Grief Before My Son Is Born