What is a social encyclical? Pope’s new letter is part of this treasury 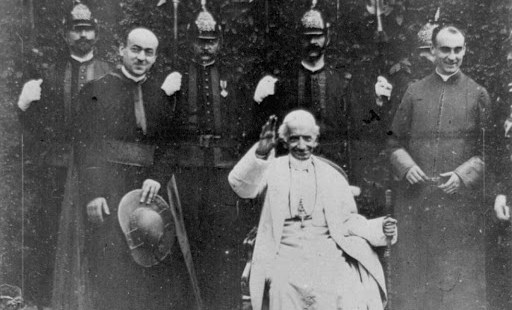 Since 1891, a number of documents have brought the voice of Christ’s Vicar to the trials of the world.

The encyclical letter released by Pope Francis on October 4 is the latest addition to the Church’s treasury of “social” encyclicals, that is, documents addressed to the situation and needs of society.

Among the most memorable of these social encyclicals is Leo XIII’s Rerum novarum, which deplored the inhumane working conditions of the working class and how Catholics could remedy them. Published in 1891, it was the first in what has become a long list of the so-called social encyclicals.

Rerum Novarum has been reiterated several times with follow-up documents, especially in anniversary years of the original document: by Pius XI, 40 years later, in Quadragesimo anno (1931); by John XXIII, in Mater et Magistra (1961), and by John Paul II, in Laborem exercens (1981), as well as in the centennial encyclical, Centesimus annus (1991).

In the field of the social magisterium, it is also worth mentioning John XXIII’s Pacem in terris, published in 1963, on “peace among all nations,” and Paul VI’s Populorum Progressio, published in 1967, on the “development of peoples.

Now Fratelli Tutti takes its place on this list, with a reflection emphasizing that we are all brothers — children of our loving Father, creator of us all.

The principles enumerated in these social encyclicals are referred to as Catholic social doctrine. Pope Francis has been dedicating his Wednesday general audiences to explain these principles and illustrate their application in our pandemic-stricken world.

These principles are explained thoroughly and accessibly in the Compendium of the Social Doctrine of the Church.

The four most foundational of the principles are: the dignity of the human person; the common good; subsidiarity; and solidarity.