How the Rosary provides a summary of the Christian faith

The heart of Christianity can be found in the 20 mysteries of the Rosary.

Did you know that for many centuries the Christian faith was spread to many parts of the world through the Rosary? Without access to the printing press or readily available Bibles, the Rosary became the primary means of communicating the essence of Christianity.

Fr. John Procter in his book The Rosary Guide for Priests and People explains how the Rosary was used as a method of evangelization.

The Dominican Apostle of the the sixteenth century, Father Gonzalo Luzero, evangelized the local tribes by means of the Rosary. He had the mysteries painted on banners, which he displayed to his [illiterate] audience, while he explained to them their meaning, and thus led them to believe in the truths of the Christian Creed. Through the instrumentality of the Rosary, again, the Dominican missionaries in Japan, a century later, won many of the natives to the belief in “the only true and living God, and Him whom He sent, Jesus Christ.” Blessed Alphonsus Navarette, who was martyred in that country in 1617, held a Rosary and a cross in his hands as he knelt to receive his death-blow.

Interestingly, once missionaries were able to return to Japan, they found the “secret” to the Christian’s faith.

[I]n the year 1865, missionaries once more were able to enter Japan, although no priest had been there for two hundred years, they found many thousands of Christians who had “kept the faith,” and had preserved the sacrament of Baptism. They found as well—was this the secret of the preservation of the faith practically intact?-traces of the Rosary. The faithful Christians had a book containing meditations on the mysteries of the Rosary, and a picture, which was held in great veneration, representing the fifteen events which gave gladness, sorrow, and glory to the world, and which are known as the mysteries of the Rosary.

We often forget that the Rosary is focused entirely on the life of Jesus Christ, meditating on his birth, life and death. A person can easily be taught the basics of Christianity by reflecting on the mysteries of the Rosary.

It is a biblical prayer that highlights the most important event in salvation history.

If you want to learn more about the essence of Christianity, all you need to do is pray the Rosary and reflect on its 20 mysteries. 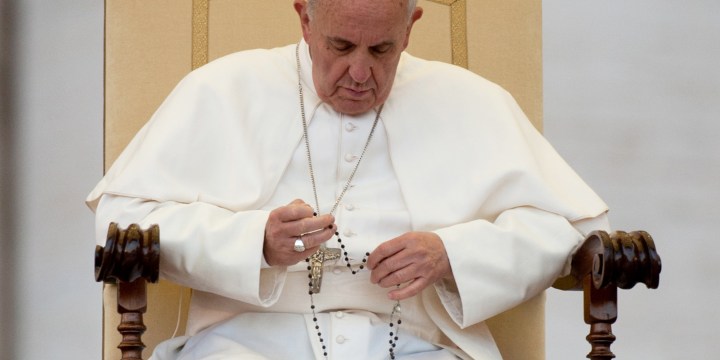