Man with Down syndrome defies doctors to run the London Marathon

Michael Beynon was told by doctors he might need a wheelchair all his life -- he proved them wrong.

Michael Beynon likes a challenge. Although the 25-year-old was born with a myriad of medical issues, including visual impairment, cerebral palsy, and the muscle condition hypertonia, he was not going to be put off from following his dreams.

The young Welshman recently participated in the London Marathon that took place virtually this year due to COVID-19 restrictions, even though doctors thought he’d be in a wheelchair his entire life. To successfully complete the race, Beynon had to finish the 26.2 miles in 23 hours, 59 minutes and 59 seconds.

Although the young athlete had always had a dream of running a marathon, he also wanted to highlight a very worthy cause: running on behalf of Mencap, a charity that aims to shed light on learning disabilities. So as he was lacing up his sneakers last Sunday, Beynon wasn’t just running for himself, but the many others who might be faced with difficulties due to their disabilities.

“I’d like to give something back so they can continue supporting people like me. People with a learning disability,” the runner shared with Radio 1 Newsbeat.

To prepare for the race, Beynon explained how he’d done a lot of virtual training, which has “been good, sometimes hard.” Luckily the athlete had his mom, Erica, as his support runner for the big race, to encourage him when things got tough.

“He’s always been very inspirational and a determined young man,” explained his mom. She also shared how this drive started at an early age. At six months old, when he finally came out of the incubator in the hospital, “he was determined to live,” which his mom described as a turning point in Benyon’s life.

It seems that this extraordinary start in life is behind his many other sporting achievements. Benyon is actually an Olympian, having notched up over 60 medals in a number of disciplines during the Special Olympics. And incredibly, despite his visual impairment, the sportsman took part in this year’s skiing competition during the Special Olympics.

“We didn’t even think he’d come down the slope. But he’s blown me away and running a marathon will do that even more,” his mom shared with the BBC.

Benyon’s grit and determination is a strength of character, but having his mom by his side must give him the much needed emotional support. As Erica pointed out, it has been a long time since she’s done any running, but she must be as equally as determined as her son to be by his side while they ran all those miles. After crossing the virtual finishing line, Beynon became the first man from Wales with Down syndrome to run a marathon.

To discover many other remarkable young men and women with Down syndrome, click on the slideshow below: 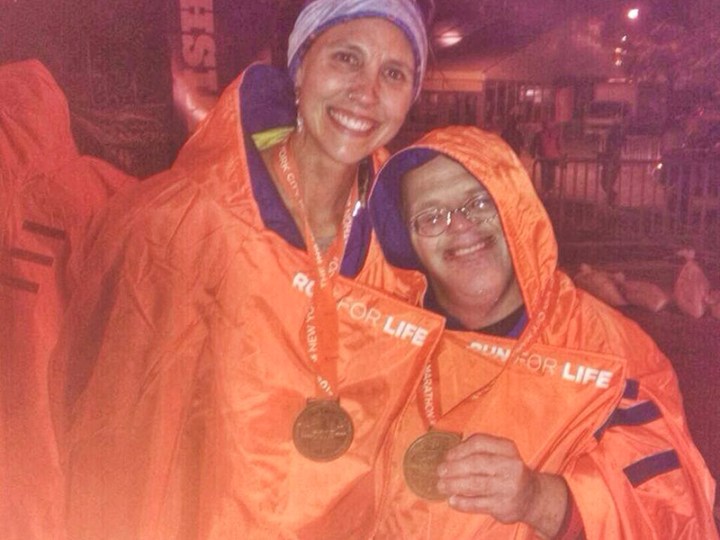