Movie review: The timeless message of ‘Pray: The Story of Patrick Peyton’ 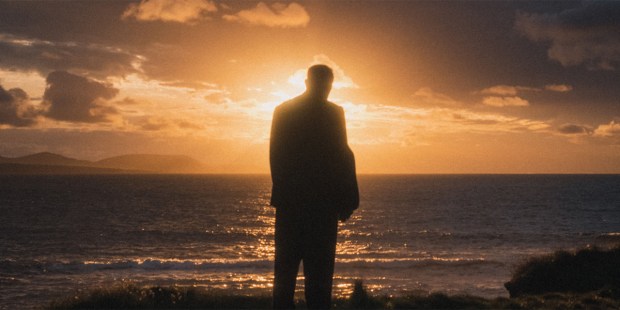 A new documentary film on the wildly popular Irish priest who took to the airwaves to urge families to pray together.

Imagine a world in which someone could become a beloved public figure simply by asking people to pray. Imagine they championed the Rosary, convinced a number of Hollywood elites to do the same, and ultimately lead millions around the world in reciting that most Catholic of prayers. Well, you don’t have to imagine such a place; you only have to travel back in time a few decades to find it for real. Or better yet, you could just watch the new documentary Pray: The Story of Patrick Peyton.

If the name of Father Patrick Peyton is unfamiliar, that’s understandable, considering he passed away in 1992, long before many younger Christians were even born. However, there’s more than a good chance you’ve heard the phase, “the family that prays together stays together.” If so, that’s most likely due to Fr. Peyton, for while he didn’t invent the old saying, his efforts popularized it around the globe.

That would come later in his life, though. The good father’s story began in Ireland back in 1909. Moving with his brother to the United States just in time for the Great Depression, Patrick eventually found his way into the seminary where he would contract tuberculosis. At the end of his rope, Patrick called on the intercession of Mary, at which point, much to the bewilderment of his doctors, all traces of the disease disappeared. Needless to say, the miraculous experience left the young seminarian with a partiality towards the Mother of Jesus.

Now, an Irish priest with a devotion to Mary might not sound so out of the ordinary, but as one interviewee in the film explains, Fr. Peyton could “never be accused of aiming too low.” The way the young priest saw it, if praying the Rosary could help him, it could help everybody; he just had to find some way to tell them. As fate (or more likely something much higher) would have it, there actually was such a way. It was called radio.

The documentary details Patrick’s foray into the public airwaves, where his insistence on family prayer found an audience surprisingly eager to hear such a message. As television came into its own, Fr. Peyton immediately found success there as well. So popular was Peyton’s TV show in its heyday that a number of celebrities began to drop by to urge families to pray the Rosary together. No, seriously. Among the familiar faces were such Hollywood A-listers as James Dean, Bing Crosby, and Maureen O’Hara.

Patrick’s popularity spilled over into live appearances as well. His Rosary rallies are said to have set records in attendance, with one newsreel proclaiming the crowd for his appearance at Golden Gate Park as the largest assembly in the site’s history. Here, the documentary takes time to touch lightly on one of the few criticisms Patrick received during his ministry. It became public knowledge that some of his rallies in foreign countries were being funded by the CIA. Apparently the agency believed having people pray the Rosary would make them less likely to embrace communism. No fan of that particular political ideology, Father Patrick accepted the funding, using it to help spread his message worldwide.

As interesting as the story of a humble priest becoming an international mass media sensation is, however, it’s not the be-all, end-all of Patrick Peyton’s story. It’s certainly not what would lead to him being declared Venerable by Pope Francis in 2017. No, the important part of Fr. Peyton’s story is the spiritual impact his crusade had on the lives of the people his message continues to reach to this day. Throughout the documentary there are numerous interviews with modern-day families whose lives have been transformed by simply taking the time to pray together. That is Patrick Peyton’s true legacy. Perhaps the time when someone like him could achieve fame and public affirmation is long past, but the message Patrick worked so hard to spread is timeless.

Pray: The Story of Patrick Peyton opens in select theaters on October 9.