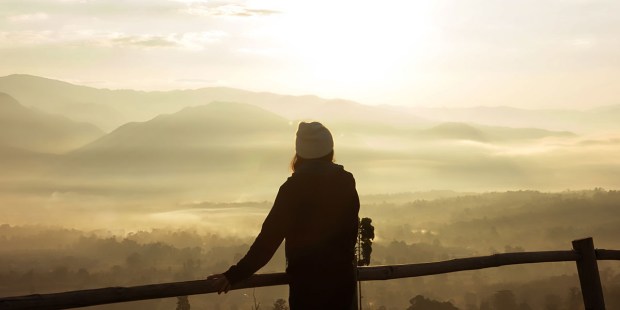 When Eden Invitation won the OSV Innovation Challenge, the award had deep meaning for the movement’s community. Eden Invitation is “a movement for young adult Catholics experiencing same sex desires or gender discordance who want to draw near to Christ and thrive in obedience to His Church,” said founder Anna Carter. This group of young adults often feel out of place in both the Church and secular society, so the award felt like a confirmation of their valuable place in the Church.

“Eden Invitation has a digital community forum, and it absolutely lit up after the win,” Carter said in an interview with Aleteia. “The comments weren’t ‘Eden Invitation won!’ or ‘Anna and Shannon won!’ Everyone said, ‘We won.’ People who normally feel overlooked were honored and seen.”

You might say that helping this group of Catholics feel seen and understood is at the heart of Eden Invitation’s purpose. While many sources seem to pit Catholic belief and same-sex attraction against each other, Carter said, there is a large community of young adults who are part of both worlds and seek to live faithfully to Church teaching. She said,

The culture around us speaks with an alluring voice on questions of sexuality and gender. So often, conversation in the Church devolves into “us and them” or blunt apologetics. In the meantime, we have hundreds of thousands of people who are genuinely wondering where they belong, what love will look like for them, and if God really has a plan for their lives. This population can get missed in the midst of the arguments. That’s why Eden Invitation is here!

The OSV Innovation Challenge offered Eden Invitation and the other contestants a chance to refine and improve their organization and its mission. Each went through a rigorous screening process, and the 12 finalists took part over the summer in a rigorous 10-week Notre Dame IDEA Center Accelerator Program, which included a custom curriculum for entrepreneurs, spiritual formation, and personalized coaching from world-class Catholic leaders.

“As a newer ministry, we want to provide innovative pastoral responses,” Carter said. “We also want to be structured in a professional, enduring manner. The Innovation Challenge pushed us to organize our ideas and up our game in systematizing their execution.”

All of the preparation helped them grow enormously as a ministry. “It was a lot of work,” Carter said, “but going into Demo Day, we knew we came out stronger for it, regardless of how the prizes were distributed.”

The award will fund the group’s “Hearth & Porch” dual initiative, taking their message first deeper and then broader: deeper into intentional community, and broader in spreading it to a wider audience. “We’ll train grassroots leadership to facilitate local community gatherings,” Carter explained. “These ‘Hearth Groups’ throughout the country would provide local communal formation and accountability for striving disciples.”

The next step after these local groups are established will be to spread the word about these communities to a larger audience. “After several locations are formalized and programming expanded, we’ll identify diverse testimonies from within the community and create witness videos to release during Pride Month 2021,” Carter said. “This story-sharing ‘Porch Campaign’ will increase exposure for our mission and provide an entry point for believers on the edge.”

Most of all, Carter wants people to know that it’s possible to be same-sex attracted and fully Catholic, and that many people fall into both categories. “Wrestling with LGBT+ experiences within the Church is real!” She said. “Behind the Church’s ‘no’ to certain behaviors, which is a very real ‘no,’ is a vibrant, abundant ‘yes’ to the fullness of what it means to be human.”

Eden Invitation hopes to help people all over the world to embrace a joyful “yes” to Church teaching and their personal vocations, in a life lived to the full. This abundant “yes,” Carter said, is “what we’re striving for as Eden Invitation. That’s what we need to emphasize — as Church — if we ever hope to provide a grace-filled response to the secular narrative.”