This impressive father-son relationship has saved the lives of many

Bill and Robert Gore's teamwork created a material that would prove vital for those with Down syndrome and other cardiovacular diseases.

Robert Gore’s name might be familiar to you as the founder of the breathable, waterproof material used so often in sporting goods, Gore-Tex. But when he died last month at the age of 85, attention was drawn to the other uses of Gore-Tex and how the inventor and his father had helped saved lives, as well as shielding many from inclement weather conditions.

While studying to be a chemical engineer, Gore spent time helping his father, Bill, who was working at DuPont at the time, doing a little problem solving. In fact, it was a visit to his father’s lab that enabled the two men to chat about a particular problem Bill was having at work. Robert came up with a potential solution, his dad listened, tried it out and from there the Multi-Tet Cable was created. (For non-tech whizzes, that’s the ribbon cable used in computers.)

His father listed Robert as the inventor when he and his wife Vieve created his new company, W L Gore & Associates. When Robert finally graduated with a PhD in chemical engineering, the two worked together in the new company, with Robert as a research associate. This was just the start of a beautiful partnership in which Robert went on to create the Gore-Tex material.

This revolutionary material made outdoor life a whole lot drier for those who wore clothes made from the lightweight fabric. Yet the material that was “guaranteed to keep you dry” also found more unusual uses. From guitar strings and vacuum bags to space suits, the company soon became a household name.

Yet possibly the most impressive use of the material was in the medical field. The fabric proved perfect for use as burn bandages, as well as for patches used in cardiovascular surgery. And as Robert Gore, the then-company’s president, shared in1996 during a press conference:

“We plan to leave a legacy to society and to future generations [including] infants with surgically reconstructed hearts that live because of our medical products.”

Thanks to the father-son teamwork, and the belief of a father in his son, countless lives have been saved by their revolutionary material, including those with Down syndrome who benefit from the Gore-Tex patches during cardiovascular surgery.

If you’d like to see what Pope Francis has to say about the wonders of fatherhood, look at the slideshow below: 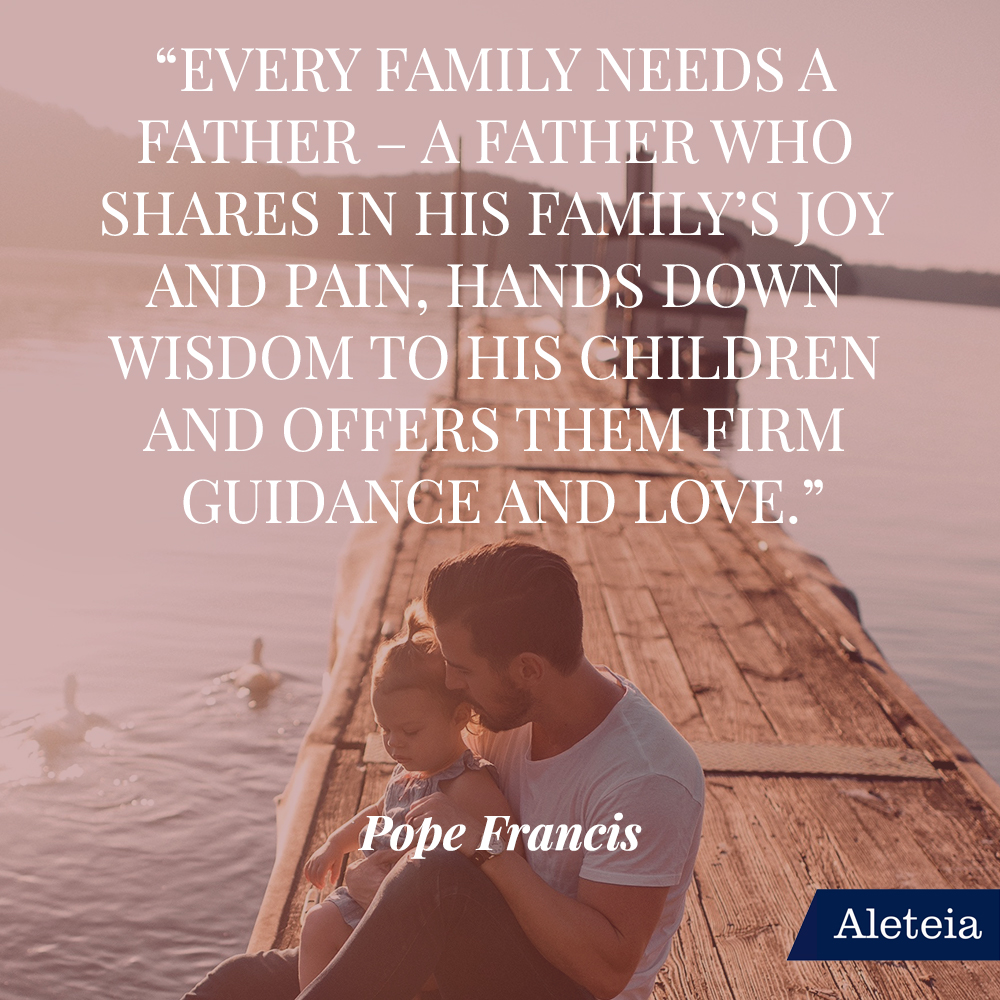