Man of the Beatitudes – Chapter 1 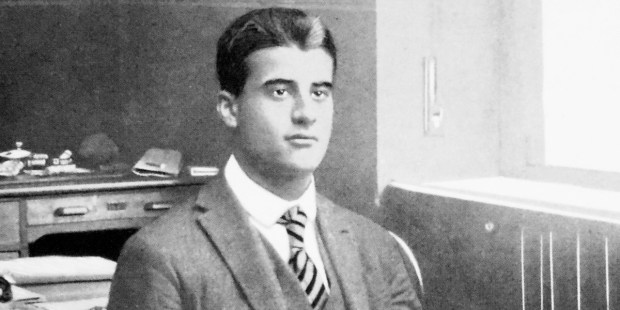 Note: This is the beginning of a new serial fiction series focusing on the life of Blessed Pier Giorgio Frassati, following the life of a fictional character as he encounters the saint. New chapters are released every Sunday!

Matteo was young, in his early 20s, but already unemployed. After the “war to end all wars,” he was working for about six months at the Balangero mines, 20 miles north of Turin, when his lungs couldn’t handle it anymore.

The dust of the chrysotile asbestos he was mining caused Matteo to have a severe coughing fit that lasted for days. When Matteo arrived back at the mine, ready for work, his place was already filled by someone else.

“I can’t waste time for no-shows! I have deadlines to meet and quotas to fill!” screamed his boss.

“Give me another chance! There are no other jobs out there!” protested Matteo.

His boss wouldn’t listen, and Matteo’s fury sent him into another coughing fit.

“I can’t have workers coughing all day! Now get out of here!”

When he returned to his apartment, it didn’t take long for his landlord to discover that Matteo was jobless. Matteo tried to keep to himself and give the illusion that he was working, but it only lasted so long. Immediately the landlord asked him for payment, saying that prices had gone up.

A few moments later Matteo’s landlord threw what little belongings he had into the streets and slammed the door shut.

Matteo was now homeless, without a job, and his lungs were on fire.

He gathered his things, tied them in a sack and started walking. “Where can I go?” Matteo thought to himself. “My family died from that cursed ‘Spanish flu,’ and I have no friends. I have nothing left!”

Tears started to pour as Matteo walked the streets of Turin, refusing to look up to acknowledge anyone he passed by. He was now a useless, homeless man, who could never get a job again with his health in such a fragile state.

Countless job possibilities ran through his mind, but all of them ended in the same place.

Nobody will hire a sick man.

Darkness started to envelop the streets, and Matteo began to worry about where he would sleep for the night. He remembered seeing many homeless people sleeping in alleyways or in front of buildings, but he never imagined he would join their ranks.

Matteo looked around and saw a church that had a covered colonnade in front of it. This was part of Turin he rarely explored, but remembered someone calling the church, “La Crocetta.” A handful of homeless people were already there and making their beds for the night, but a few open spaces remained.

When he arrived at the colonnade, Matteo didn’t want to make eye contact with anyone else, ashamed that he would have to spend the night sleeping in front of a church.

It was a long time since the last time he went inside a church, and now he was forced to sleep on its steps. Churches were for funerals, and the pain he felt every time he saw one prevented him from ever stepping foot inside.

“Hey kid! Do you have a blanket?” shouted an old man who was setting up his place. “It’s going to get cold tonight!”

It was fall and winter would soon be here. The days were getting shorter and the nights colder.

Matteo didn’t answer. He was too ashamed to accept any help from another homeless man. The thought still shocked him. “I am a homeless man!” Matteo shook his head. As he lay down on top of his sack of clothes, the old man called out again.

“Don’t worry! He will come later and make sure you are warm. I would be dead if it wasn’t for him!”

Who was this old man talking about? Matteo ignored the comment and tried to curl up and warm his body.

How was he going to sleep? This was going to be the most miserable night of his entire life. He started to wish he were dead. At least he wouldn’t cough anymore if he were dead.

Matteo heard footsteps and then warm greetings from the handful of people who were sleeping under the colonnade. Someone was here, a friend of the homeless.

He didn’t want to open his eyes. It was too painful to know that even these homeless people had friends. He had nothing.

Then Matteo felt a warm blanket put over his cold, shivering body. It startled Matteo, who then heard the voice of a young man, around his age.

“You’re lucky I brought an extra blanket tonight! I don’t think you would have lasted through the night! Tomorrow, I will bring you some warm soup. What is your name?”

“M-Matteo.” He was shocked by this strange, joyful youth. He never experienced this type of kindness in his whole lifetime. Why did he care about him? Was he a priest or something? He wasn’t wearing a collar. Strange.

“You can call me Giorgio.”

Come back next Sunday for the next chapter!