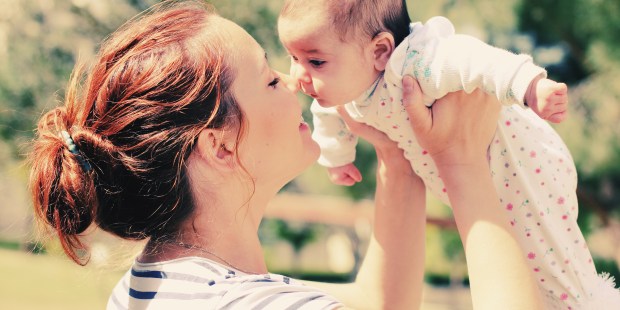 The Bible urges Christians to care for widows and orphans, but what does that mean in today’s world?

The Bible frequently reminds Christians to care for “widows and orphans,” that is, parents and children left vulnerable by the loss of a spouse. This injunction is still an important part of Church teaching, but in today’s world, coming alongside and supporting “widows and orphans” includes a much broader population: not only widows and widowers, but also single parents through divorce, abandonment, and choosing life in nonmarital pregnancies.

Besides being a Biblical tenet, supportive ministry to single parents is a practical matter for many churches. “We know from the 2019 Census that there are 11 million single-parent families in US,” and many of those families are Catholic, said Jo Holt, author of Single & Raising Saints: Forming Single Parents as They Lead Their Children to God. “At our local churches, we have an obligation to know the full demographics of our community, whom we are responsible for shepherding and serving.”

Holt has been organizing resources and ministries for single parents since 2009, but this focus came into her life in an unexpected way. She was working in the area of family catechesis at a local parish when a single parent approached her after a speaker event to share some concerns.

“She felt the speaker wasn’t relating to single parents, and said there wasn’t much support for single parents,” Holt said. “I became really curious as I was really trying to reach out to every member of our community, and it sounded like there was an unserved population.”

Holt brought the matter to prayer and felt that God was calling her to serve single parents. She began to research the needs of the single-parent community at her parish, interviewing many single parents sending out a survey to better understand their needs. The more research she did, the more she felt called to serve these families.

“I found there was a real absence of ministry for them,” she said. “Many felt like they were not invited into full communion with the Church, and that they were not welcomed and were under-served.”

While most parents share similar needs and concerns, single parents face specific challenges. For one thing, they can’t access the full offering of events and programs at local churches unless child care is provided. On top of that, census data found that 34% of single moms are living in poverty, so many single-parent families may welcome additional support and resources, especially as most juggle full-time work with full-time child care. “Churches need to take into consideration the needs of this population,” Holt said.

She offered some suggestions of ways that parishes can support single parents in their communities, including the following:

It’s important to remember that supporting single parents doesn’t necessarily mean starting something new, but finding ways for existing parish resources to support this population. “There are many things we already have in the Church that we can better utilize to serve single families,” Holt said, such as the following strategies:

Holt offers further suggestions for ministering to single parents on her website, Raised in Faith, and in her book.

Christians in the early Church called each other “brother” and “sister” because they saw the Christian community as a new but very real family. It sometimes seems that the modern Church has lost this sense of being a deeply unified family, but serving the “widows and orphans” of the present day is a beautiful reminder of this truth. We are all one family in Christ, and as such, Christians can find ways to care for everyone in the community who needs support, including single parents.

“What drew me into this area of ministry is remembering how big our family extends,” Holt said. “This Catholic family we have extends beyond the walls of our homes, and beyond the walls even of our church buildings. We have a real obligation as missionary disciples of Christ to reach out to others and bring them into communion with him. That has no boundaries and no demographics; it’s for everyone.”

For more information on Holt’s ministry, join her upcoming webinar for single parents through the Diocese of San Diego.