Bishop Stephen Dami Mamza has been a courageous voice for peace in a region torn by strife.

Bishop Stephen Dami Mamza, of the Nigerian diocese of Yola, received the Hero of Peace Award on September 23 for “his numerous contributions and support for promotion of peace and unity in several ways” during a very difficult period for the state of Adamawa, target of the Islamic terrorist group Boko Haram. The award was reported in AciAfrica, among other media outlets.

The 50-year-old bishop was honored as Peace Ambassador by Sowers International, an organization based in Nigeria itself and dedicated to promoting peace in Africa and Asia. The organization’s president, Nicodemus Ozumba, is quoted by Adamawa Times as saying the following:

Bishop Stephen Mamza was named bishop in 2011, and by January 2012, Boko Haram had carried out attacks on civilians, businesses, police stations, and public offices, killing 180 people. The jihadist gang’s murderous fanatics attacked the state of Adamawa with such virulence that in 2013 the country’s president, Goodluck Jonathan, declared an emergency in that state and in neighboring Borno and Yobe. A year later, 400,000 people had been displaced in Adamawa by terrorist violence. Other bloody episodes include three suicide bombings in November 2015 and December 2016, which killed 87 people.

has rebuilt broken bridges, reconciled the mended cracked walls, besides sacrificing a lot for peace to reign in the Christendom and the state in general. He has become a pencil in the hands of God to keep the state on the right track and peaceful … He has strongly demonstrated his penchant for genuine peace in every situation without minding whose ox is gored.

Bishop Stephen Mamza expressed his gratitude for the recognition and committed himself “to continue to pursue peace, because without peace, there will be no development in the Christendom and the state at large,” AciAfrica reports

The bishop exhorted people to ask themselves if they are “really shaping peace together by their actions or inactions” and if they “know and understand the essence or importance of peace.” He asked if they “live or cohabit and work in peace” or are being used as “weapons of war and peace.”

In early 2020, Bishop Mamza asked Nigerian politicians to stop dividing and creating enmity between Christians and Muslims. He also organized other Christian leaders and called Catholics to carry out three days of fasting and prayer to ask God’s intervention in the region.

Read more:
The Catholic mom who saved hundreds of children from genocide

Bishop Mamza lives with such extraordinary holiness that his Christian witness shines as an example to the world. Check out 12 other Catholics whose inspiring service is changing the world for the better. 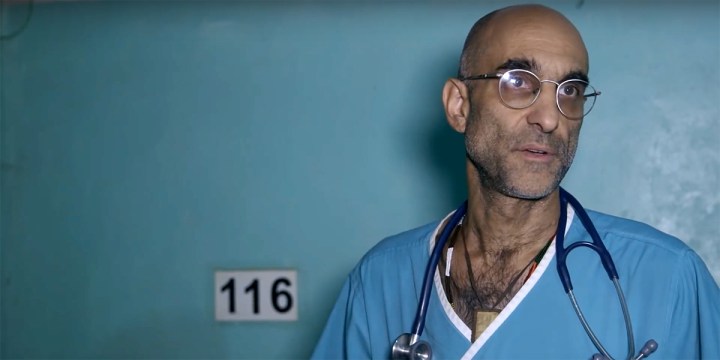