Inspired by encyclical, Italian nuns offer convent for use by refugees 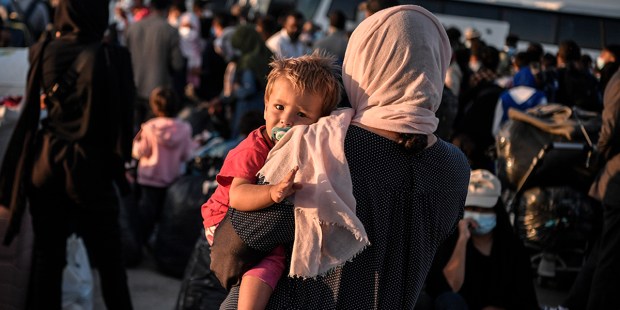 Sicilian sisters turn over house so Pope Francis can establish welcome center for those fleeing war.

In Pope Francis’s new encyclical “Fratelli tutti,” he writes about the need for adequate hospitality for migrants fleeing wars, persecutions and natural catastrophes.

A group of Sicilian nuns read that and decided they wanted to do something about it. The Sisters Servants of Divine Providence of Catania had a convent in Rome that they wanted to allow the pope to use for such a purpose.

On Monday, the Office of Papal Charities, headed by Cardinal Konrad Krajewski,, announced the transformation of the building into a refugee reception center. The building, known as the “Villa Serena,” is located five kilometers southwest of the Vatican.

Cardinal Krajewski, who as “papal almoner” is in charge of assisting the poor on behalf of the pontiff, said the building will be used to shelter refugees, especially single women, women with minors and vulnerable families, who arrive in Italy through the Humanitarian Corridors program.

The center will be able to accommodate up to 60 people and will host them in the first months after their arrival, and then will accompany them on their journey to obtain independent jobs and accommodation.

The administration of the building will be entrusted to the Sant’Egidio community, which has been particularly active since the migrant crisis of 2015, during which it opened humanitarian corridors for Syrian and African refugees. The reception of refugees will be privileged during the first months of their arrival in Italy, and mainly limited to women, young people and families.

The Sant’Egidio community took Pope Francis to visit the Moria refugee camp on the island of Lesbos in Greece in 2016.

This is not the first time the papacy of Francis has been involved in the repurposing of religious  buildings to assist the unfortunate. Last year, the pope gave his blessing to a new four-story “palace for the poor” opening right beside the colonnade of St. Peter’s Square. Acquired by the Vatican in the 1930s, the building became empty when a congregation of religious sisters left. Francis directed Cardinal Krajewski to turn it into a refuge where the homeless and poor of Rome can sleep, eat, and learn.