The forgotten virtue of eutrapelia 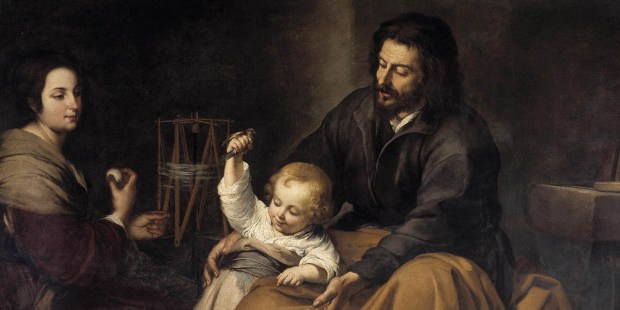 You’ve probably never heard of it, but it’s about to become your new favorite virtue!

Eutrapelia is not the name of an early Christian martyr or a Roman patrician, although it sounds like it could be! It easily goes unnoticed in the long, solemn list of virtues. Yet this virtue’s nobility is ancient and illustrious.

Its name comes from the Greek, and Aristotle speaks of it as “wittiness” or the “right turn of phrase” or “deeds to achieve a good.” Related to playfulness and good-natured fun, it’s the simple joy that enlivens company and warms the heart. It also refers to the well-earned relaxation after a prolonged effort and the fulfillment of a weighty duty. Eutrapelia is honorable and cheerful and leads us into her dance.

The pleasure of leisure

No one could accuse St. Thomas Aquinas of cultivating a form of entertainment that leads away from God. The angelic Doctor speaks highly of Eutrapelia in his Summa Theologica IIa-IIae, q.168 :

Just as man needs bodily rest for the body’s refreshment, because he cannot always be at work, since his power is finite and equal to a certain fixed amount of labor, so too is it with his soul, whose power is also finite and equal to a fixed amount of work … The soul’s rest is pleasure, as stated above. Consequently, the remedy for weariness of soul must needs consist in the application of some pleasure … man’s mind would break if its tension were never relaxed. Now such like words or deeds wherein nothing further is sought than the soul’s delight, are called playful or humorous. Hence it is necessary at times to make use of them, in order to give rest, as it were, to the soul.

Like any virtue, even if it does not take center stage, it should be exercised in a happy medium since it avoids the common pitfalls of laziness or running in all directions. It is also at ease in the presence of simplicity, wonder, humor, punctuality, gratitude: small virtues that encourage larger ones and bear spiritual fruit. Eutrapelia is particularly welcome and cared for in monastic life, since this virtue must preside over the community’s recreation. Therein lies good humor, the innocent joke, and smiles and laughter, always under the gaze of God and participating in His glory.

St. Louis de Gonzaga, who died in the prime of life as a Jesuit novice in Naples while caring for plague victims, cultivated all the virtues starting in his early childhood. He did not neglect humble Eutrapelia. One of the most famous episodes of his life took place in his life as a schoolboy. He was playing ball in the courtyard with his classmates and didn’t hesitate to do so to his heart’s content. The chaplain in charge of the religious education of this young Spaniard and future Duke of Mantua abruptly asked him,

Louis, listen to me! Suppose that at this very moment someone were to come tell you that the end of the world would take place in a moment, that you would appear before God, that you would be judged by the Supreme Judge, and that your eternity would be decided by his decision. What would you do?

The young man answered, “Well, I would keep on playing ball!” This young saint understood that being found in the company of Eutrapelia at his last hour would be a sufficient recommendation for him to enter the heavenly court, since the game he was playing was in conformity with the rest of his righteous life.

Read more:
How to be witty without falling into the trap of resorting to snark

Alphonse Allais, a brilliant, caustic and agnostic mind, rightly noted in his Diary, “What is often repulsive in religion is the gloom that affects all those who teach or practice it.” Eutrapelia is not a bad servant who wants to lead us into debauchery or excess. Instead, this virtue is the “golden mean” between boorish rudeness and clownish tomfoolery.

In a way, this virtue is constitutive of who we are, made in the image of God and in imitation of Our Lord. In fact, Christ has given us examples, in what the Holy Scriptures tell us about his life on earth, of how he welcomed Eutrapelia in his work of preaching when he participated in weddings and when he was resting at Peter’s house in Capernaum or at Lazarus’ house in Bethany. It was righteous recreation for Him who rested after the work of Creation and who commanded man to rest at the beginning of each week.

Sunday is the day of Eutrapelia. This virtue does not transform the day into a time to simply “have fun” or”celebrate,” but rather it breathes into all the other moments of the week a peace that allows us to recognize that everything comes from God and returns to Him. There’s nothing excessive in this rest, no complicated or expensive activities, but simply the joy of relaxing body and mind.

The most effective source of good cheer

Eutrapelia can be an almost magical mood-lifter. Everyone has experienced those precious moments when it’s enough to share a few hours around a table without hurrying, to share the memories of some of those present, the good words of others, and the conviviality of all. Paul Claudel (a French poet, dramatist and diplomat, and a devout Catholic), who was a bon vivant, leaves us a few tasty formulas in his Journal: “In the company of a garlic sausage, you don’t feel lonely,” or, “You love it like you would love pie.”

Eutrapelia, of course, doesn’t just preside over a good dinner with friends. She sneaks up to us and takes us by the hand as soon as we wobble, crushed by fatigue or worries. She invites us to fix our minds on what is peaceful, beautiful, and pure, far away for a time from the drama and noise of the world.

In fact, at the risk of being simplistic, we could venture to say that Catholicism is the chosen home of Eutrapelia. Catholicism, of course, does not simply laugh; it restores the world to its true image, and the world, discovering itself in the mirror, cannot but laugh at itself, unless it sinks into pride.

There was much that was serious, sinister, and cruel in Antiquity, with its processions and pantheons of gods and idols that promised only desolation through human jealousy. Christ has turned this message around, and the Church has revealed how laughable these gods were in their eagerness to imitate men with their vices, their desires, and their envy. The true God visible in Christ is the One who gives rest and who invites creatures to welcome him, each according to its own kind.

Relaxation, humor, and leisure are gifts from God, and they should neither be neglected and despised nor put at the center of existence. Eutrapelia does not like to be the center of attention. She only wishes to fulfill her role, even if secondary, because she gives all the color and spice to life. Abbot Berto wrote on this subject in Itinéraires in 1981:

There is no way to do without Eutrapelia. It is not that this simple girl wants to do her important work, but she must play her part, since we can no more enjoy ourselves without God than we can work without Him.

At a time when God is being removed from daily life, it’s hardly surprising that distraction has become an empty, sterile or inherently bad form of entertainment. Putting everything back under God’s gaze would make life better and happier, because a virtuous life in all areas gives a foretaste of paradise.

Read more:
5 Saints who will bring joy and humor into your home