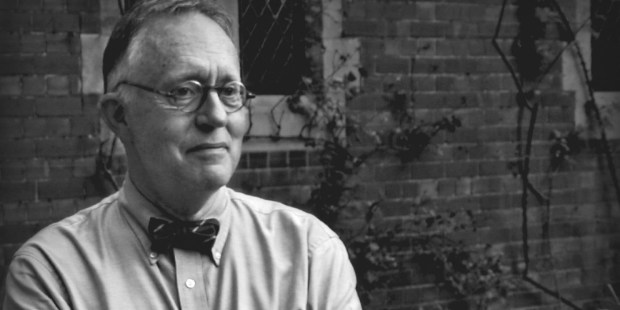 Author of “Evangelical is Not Enough” remembered by those who were influenced by him.

The priest clarified that Howard’s “intelligence, wit, and vocabulary were never intimidating because he was humble and charitable. You didn’t need to be his intellectual equal (which would be very difficult) to enjoy a conversation with Tom. He was interested in you. I’d see this all the time at parish events. Tom could (and would) talk with anyone, and thoroughly enjoy it.”

One Christmas, Barnes invited the Howards to a dinner at the rectory along with about 20 other people. He recalled being nervous about how his “rather large dog” would behave. But when Howard saw the dog, his “eyes lit up and he and the dog were best friends for the evening,” the priest said. “Every time I turned around, Tom was sneaking the dog more food.”

Another Catholic convert who was influenced by Howard is Fr. Dwight Longenecker, a well-known author, blogger and speaker. He wrote this week that his younger sister studied at Gordon College when Howard was “the somewhat famous professor of English” there.

“He played the part to the full with his T.S. Eliot manners, his tweed suits, bow ties and witty repartee,” Fr. Longenecker recollected. “He was an actor and raconteur and reveled in the joy of language. His speech was not so different from his writing style … full of fun words, unexpected turns of phrase, amusing observations and a sense of wonder in it all.”

Fr. Barnes got a taste of that when he was the Howards’ pastor. The parish, he said, “became a bit of a pipeline for receiving Catholics into the Church who were influenced and guided by Tom. … He loved Jesus Christ, humbly sought to follow Him, and to bring others closer to Him.”

Fr. Barnes brought Howard the Sacrament of Anointing about a week before he died.