How Sts. Louis and Zélie Martin lived their single life before they met

They've long been considered an example to married couples, but have a lot to teach single people as well.

Louis and Zélie Martin were not always the saintly married couple we know today. They were single for a relatively long time before they met, at least by the standards of the time: Louis was 34 years old when they married, while Zélie was 25. On top of that, their path to meeting and marrying was not the most direct. As the first spouses to be canonized, they are of course excellent guides for married couples, but their way of living their single life, each in their own way, also makes them beautiful models for single people.

A period of searching

A vocation is not always obvious, and discernment can be long and difficult. This was the case for Louis and Zélie. They did not yet know each other, but both of them, at the dawn of their adult lives, experienced a strong encounter with the Lord. It was for each “a spiritual experience that led them to commit themselves, each in their own way, to a project of consecration to God,” Fr. Thierry Hénault-Morel explains to Aleteia.

Around the age of 22, Louis became attracted to the monastic life and was asked to enter the monastery of Grand-Saint-Bernard. His application was rejected, however, because he didn’t know Latin. As for Zélie Guérin, she thought of becoming a nun at the Hôtel-Dieu d’Alençon, but the community’s superior doubted Zélie’s vocation and dissuaded her.

These frustrated desires show how much their single life was troubled by questions and dead ends. They sought their way for many years, but when they finally found each other, they married just three months later and went on to become great saints.

Read more:
Louis and Zélie Martin “failed” all the way to sainthood

To his mother’s great dismay, marriage was not on Louis’ mind. Instead he joined the Christian activities inspired by two great charitable figures from Alençon, Vital Romet and his sister Pauline Romet -– both single. Through this prayer and charitable work, he found great meaning in his single life.

Louis and Zélie approached their single life in very different ways, says the rector of the shrine in Alençon. “Louis found real fulfillment in his professional, charitable, and social activities, particularly through the ‘Vital Romet’ Catholic Circle, which met weekly. He doesn’t seem to have suffered from being single; he was very busy, happy, and comfortable in his own shoes!” says Fr. Hénault-Morel.

On the other hand, Zélie fervently aspired to marriage. “She prayed a lot for her future spouse, as one can still do today,” says the shrine’s rector. “When she met Louis on the Sarthe Bridge in Alençon, for her it was an answer to her prayers.”

What life lessons can they teach us?

For the rector of the shrine, the way Louis and Zélie lived their single life offers much inspiration to single people. First, their story is a call not to despair of finding love. It’s also an invitation, as Zélie experienced, to entrust to the Lord, in prayer, the one we are called to meet.

Their story can remind us not to neglect those who could turn out to be intermediaries, or “matchmakers.” For the holy spouses, it was Louis’ mother who played this role, telling her son that Zélie was an ideal wife. Once married, and seeking to contribute to the happiness of those around them, Louis and Zélie in turn played the role of matchmakers, particularly with one of Louis’ cousins.

Another lesson from the lives of Louis and Zélie is that many single, happy, and fulfilled friends played important roles in the lives of the Martin family. One example is Félicité Baudouin, the person who gave them the statue of “the Virgin of the Smile.” This pious woman, very involved in social works, made a strong impression on Louis. Hers was “a testimony that proves that it is not a curse to be single,” says Fr. Hénault-Morel. “Single people can be magnificent testimonies of humanity.”

Finally, Louis and Zélie invite us to live in the present moment, as their daughter, St. Thérèse, so eloquently proclaims in her poem: “My life is but a moment, a fleeting hour.” “Let’s not neglect the present moment, under the pretext that the future is uncertain,” concludes Fr. Thierry Hénault-Morel.

Read more:
How to make the most of single life instead of just enduring it

Sts. Zelie and Louis made some unconventional choices in their lives, because they followed the call of God instead of the call of the world. An example can be found in these 5 unusual customs from their wedding ceremony … 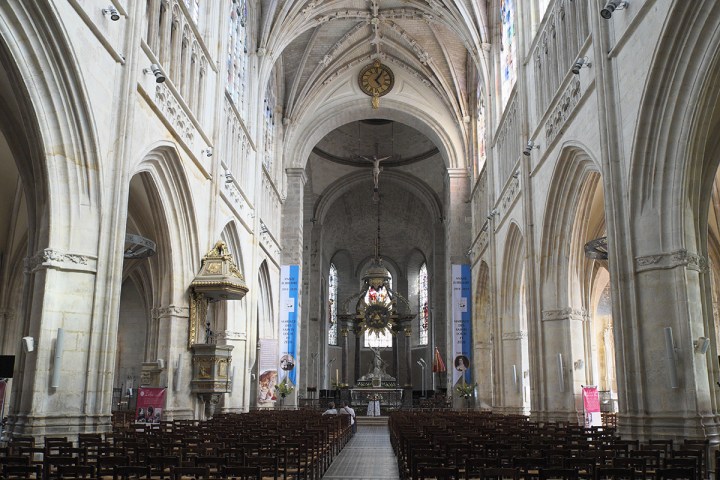