3 Things for a Christian to do on Election Day

Besides voting, what can people of goodwill do to promote peace and justice at such a tense time in our nation?

It’s no secret that political discourse is especially divisive this year, but there is an opportunity hidden in the midst of the maelstrom. Christians who live by the Gospel can set an example of charity, honesty, and respect — especially when conversing with those who disagree with them. Once you’ve done your civic duty and cast your vote in the election, join in completing these three action items to build a stronger, healthier nation … together.

1Pray for peace, justice, and goodwill in our nation

In His time on earth, Christ explicitly prayed for His followers to be unified, saying,

I pray not only for them, but also for those who will believe in me through their word, so that they may all be one, as you, Father, are in me and I in you, that they also may be in us, that the world may believe that you sent me. And I have given them the glory you gave me, so that they may be one, as we are one … (John 17:20-22)

Yet Christians are deeply divided on just about every issue imaginable. On this day, we can pray for national unity and goodwill toward our fellow Americans, especially among the Christian community.

Of course, unity alone is not all that is needed. True peace also requires justice and fair dealing for every man, woman, and child, and we can pray earnestly for the promotion of these virtues as well. May God hear these prayers!

2Surrender the election and the political system to God

The political process can seem all-consuming, especially for those who follow elections closely, or are deeply invested in their outcomes. The results can feel momentous and definitive. But as Christians who view human affairs through the long lens of these past two millennia, we must ask ourselves, “What is this in light of eternity?”

A thousand years ago, the winners or losers of this election will be forgotten. But the saints of this era will still stand in the records of the Church, as each new generation learns about the holy men and women who lived long before them. Centuries from now, babies may well be baptized Carlo or Gianna, and learn about their patrons who lived and died in our own era. Much more importantly, the saints’ souls will still shine on brightly in Heaven.

Read more:
Why civics matters: Lessons I learned from the Supreme Court hearings

Before becoming too concerned with an election victory, hold onto the truth that the everlasting victory was won some 2,000 years ago, when Christ died on the Cross and opened the gates of Heaven for us to have eternal life. While the election and the political process certainly have their place, they are not the most important part of our lives, but should be surrendered to God and His providence, along with every other thing that matters.

3Do an act of service in your home or neighborhood

There may not be much that most of us can do to build a better, fairer, more virtuous society on a grand national level. But we do have the power to bring about positive change in our own communities and homes. Let’s make it a point to do an act of kindness or service today, so that we can do our part to promote happier, stronger families and communities. Come to think of it, this action item is one we can do easily every day of the year, not just during election season!

Read more:
How to get through the 2020 Election without losing your cool

Part of living a Christian witness includes treating others with courtesy, especially with these 7 essential manners for election season … 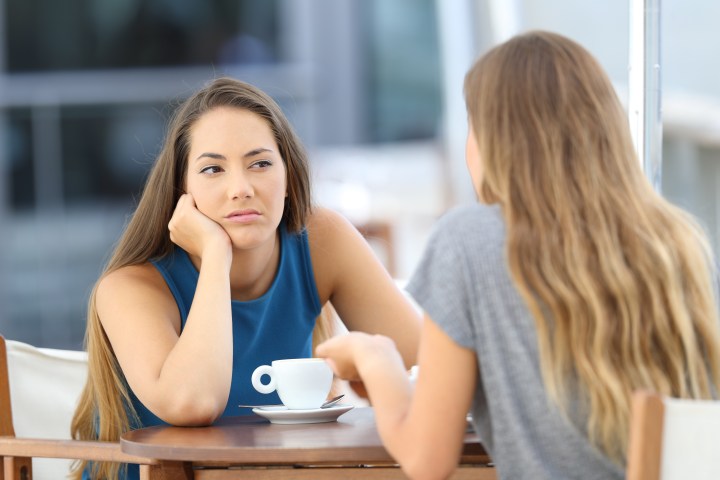