People in Italy were terrified by a worldwide pandemic in 1918 and asked Padre Pio what they should do.

During the summer of 1918, Italy was hit hard by the Spanish flu, forcing schools to close down and localbusinesses to halt. It was a scary time to be alive, as everyone appeared to get infected by this wild virus.

Many were frightened by this sudden turn of events, and in Italy they turned to Padre Pio.

In the biography Padre Pio: The True Story, published by Our Sunday Visitor, the mystic saint’s response to this worldwide pandemic is recorded, with the powerful words of advice he gave to one of his spiritual daughters.

By September, everyone in San Giovanni Rotondo seemed to be ill, the schools were closed, and what little commerce there was in town was brought to a halt. In the next couple months, two hundred people from a population of ten thousand would perish.Padre Pio’s spiritual daughters came to him terrified, begging him to save them. “Never fear,” he assured Nina Campanile. “Put yourself under the protection of the Virgin, do not sin, and the sickness will not overcome you.” Although some of the “daughters” fell ill, none of them died.

He also responded to tragedy that surrounded him by offering himself as a victim for the world.

Shortly thereafter Padre Pio received the stigmata of the Lord, visible signs of Christ’s Passion on his body.

Whatever may happen in our own lives, Padre Pio reminds us to trust in the Lord, not to fear and to put ourselves under the protection of the Virgin Mary. 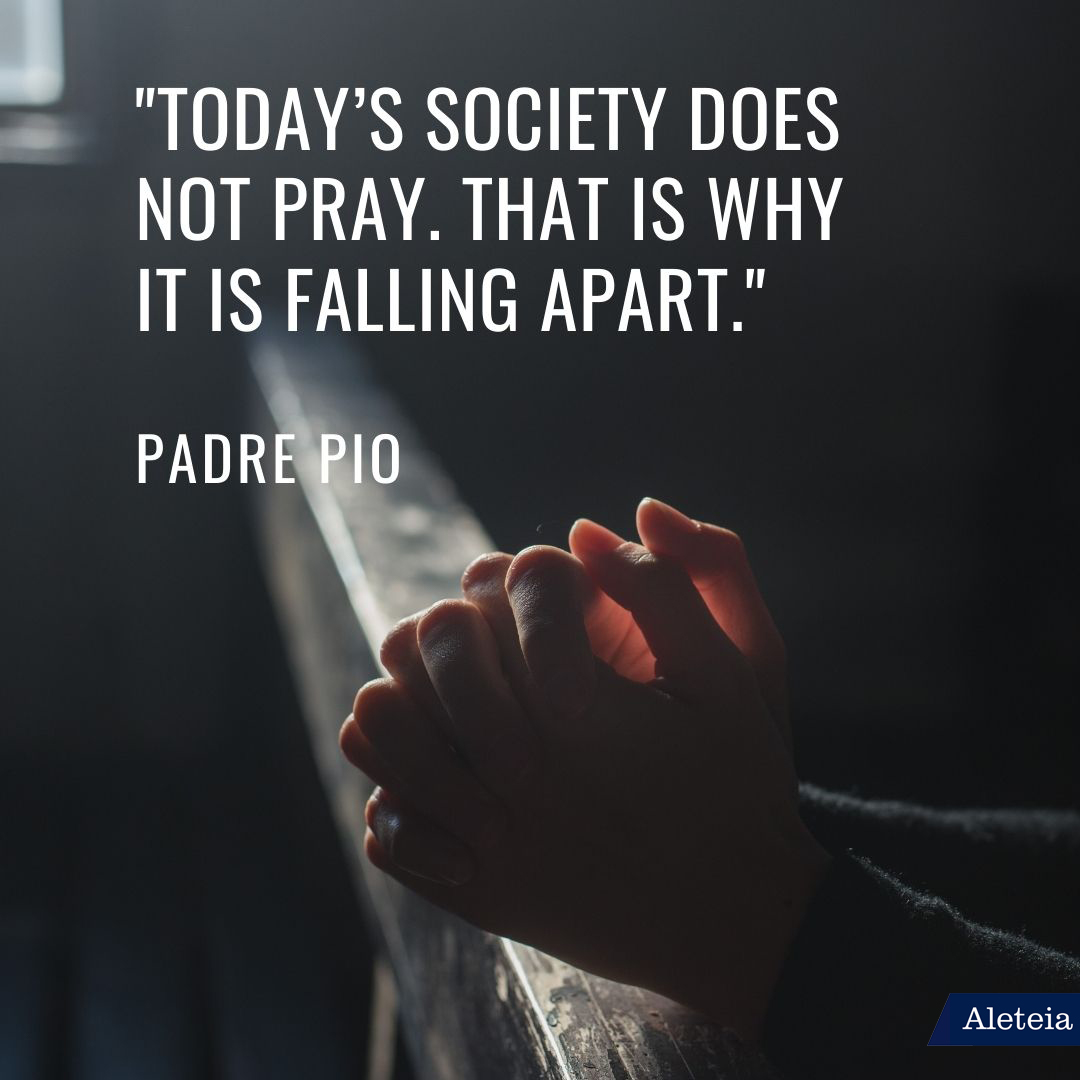