She-wolf or dragon? The church of San Giorgio in Velabro

Station Church Day 2: This church is associated with the saintly dragon-slayer and the legend of Rome's founding.

The basilica of San Giorgio in Velabro owes its name to the area in which it stands, at a short distance from the Tiber, which was once marshy or at least subject to flooding. Here, centuries earlier, is said to have run aground the basket in which Romulus and Remus, the twins at the origin of the founding of Rome, were abandoned. The she-wolf that suckled them is still today the symbol of the city.

The basilica was built in the 6th century and modified several times, although the presence of a diaconia, or a center for works of charity and assistance to the poor, is attested from even earlier. The Romanesque bell tower and the portico were added in the 13th century.

Originally the church was dedicated to St. Sebastian, but devotion to St. George took hold when Pope Zacharias (741-752) brought there the relic of the saint’s head, which is still preserved under the altar. Later the church was named after both, although the veneration of the warrior saint, who fights against the devil in the guise of a dragon, became prevalent.

See, I have set before you todaylife and prosperity, death and adversity. Choose life so that youand your descendants may live.Dt 30: 15.19 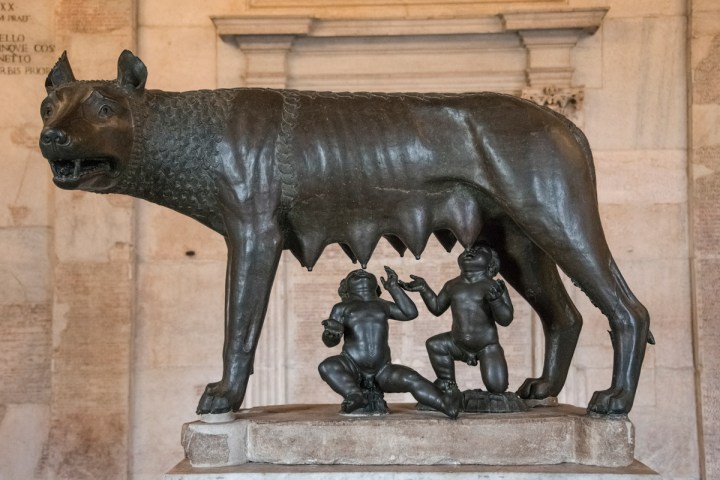