Virtually pray at the Basilica of St. Augustine, where St. Monica rests

On the Saturday after Ash Wednesday, the Lenten station is at the Basilica of St. Augustine. The present church dates back to the 15th century and stands on the site of the former church of St. Tryphon. The facade is built with travertine blocks taken from the Colosseum.

Here, women dominate the scene. First, inside the basilica we see the Virgin Mary, venerated here as “Our Lady of Childbirth.” The devotion started in 1820 following the vow of a young worker, whose wife was having a difficult pregnancy. Since then a lamp has been burning—for graces received—in front of the statue, and many ex-votos have been added over time. In 1822, Pius VII granted an indulgence to those who prayed to Our Lady before this image and kissed the foot of the statue. Soon, the marble foot wore out and was replaced with a silver one.

The basilica also holds the remains of St. Monica, a mother who dedicated her life to the conversion of her son, St. Augustine, to whom the basilica is consecrated and who is one of the greatest saints of the Church.

Here you can also find the “Madonna of the Pilgrims,” one of the most famous and admired (and scandalous, for the time) masterpieces of Caravaggio. Another curiosity: in the past the church was known for being the only one in Rome to admit courtesans.

Read more:
How St. Monica dedicated her son to God before giving birth 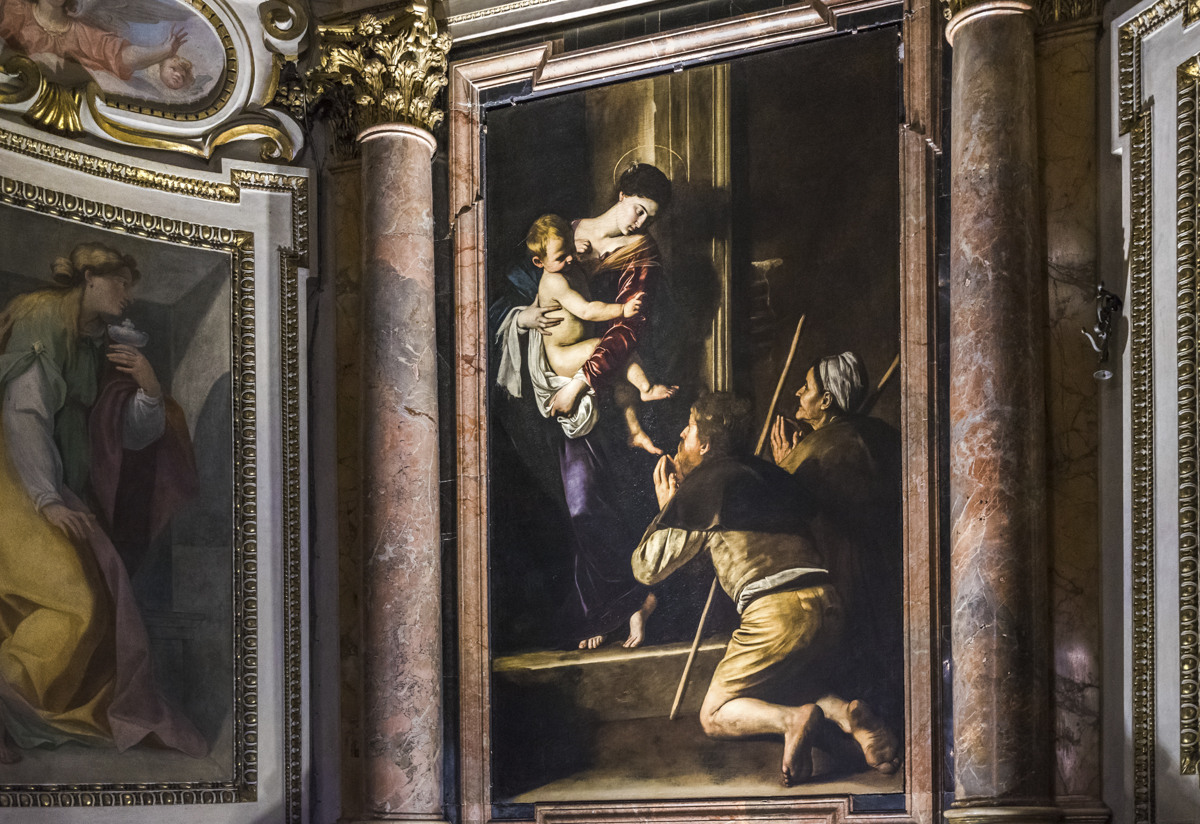