5 Carpentry rules that apply to faith

In this year of St. Joseph, let's imitate his righteousness through the principles of his daily work.

St. Joseph is one of the most beloved saints of all time, and he’s the patron of 2021, as Pope Francis calls us to learn from his example of quiet holiness in the heart of the home. Yet it’s easy to feel that we don’t know much about St. Joseph because in all of Scripture, he is mentioned only briefly, and does not speak even once.

One way to grow closer to St. Joseph this year, however, is through learning about his profession. Scripture mentions that he was a “carpenter,” or skilled artisan.

He worked with his hands, not all that differently from craftspeople today. In Patris Corde (“With a Father’s Heart”), Pope Francis writes,

Saint Joseph was a carpenter who earned an honest living to provide for his family. From him, Jesus learned the value, the dignity and the joy of what it means to eat bread that is the fruit of one’s own labor. In our own day, when employment has once more become a burning social issue, and unemployment at times reaches record levels even in nations that for decades have enjoyed a certain degree of prosperity, there is a renewed need to appreciate the importance of dignified work, of which Saint Joseph is an exemplary patron.

To learn more about St. Joseph’s work, Aleteia spoke to Frank Barber, a full-time carpenter for the past 34 years.

“I knew when I was 15 years old that I wanted to be a carpenter,” Barber said. He considered studying architecture, but realized that he wanted to do the hands-on work of building himself, instead of designing things for others to build.

Like many workers, he feels that God called him to this profession and he tries to honor God through his work. He said,

My business is a mission field for me. I try to show the love of Christ when I work with people, to be honest and caring, and keep my word to my clients. It’s a chance to be a light to people. I do what I do to glorify God.

Barber sees a deep connection between his faith and his professional work. Indeed, many Christian theologians have considered manual labor to be an opportunity for prayer and holiness. St. Benedict wrote in his Rule, “When they live by the labor of their hands, as our fathers and the apostles did, then they are really monks” (Chapter 48).

In his decades as a carpenter, Barber has had ample occasion to reflect on the connections between carpentry and faith. He shared 5 ways that basic rules of carpentry can also apply to a life of prayer and devotion to God. 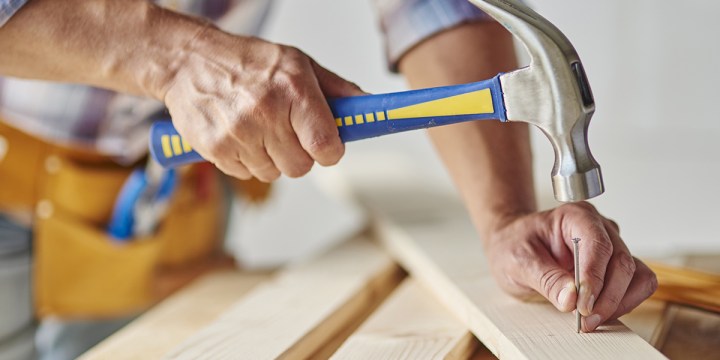 Read more:
8 Basic carpentry tools everyone should have

Read more:
What did St. Joseph actually do as a carpenter?