Station Church Day 5: Enshrined here is a wooden altar on which St. Peter is said to have celebrated Mass.

At one time, Lent began on Sunday, “in capite jeiunii,” with the station—probably at night—of St. John Lateran, Rome’s cathedral. It’s the See of the Bishop of Rome, the pope, and for this reason “omnium Urbis et Orbis ecclesiarum mater et caput,” the mother and head of all the churches of the world.

Its origins date back to Constantine. It was built between 312 and 319. Starting then, and for almost 1,000 years, the popes had their residence here. The first Holy Year in history was proclaimed and celebrated here in 1300.

The basilica has suffered fires, earthquakes, invasions and an equal number of reconstructions. In addition to the layers of restoration, names have also been added: originally dedicated to the Holy Savior, in the 9th century the dedication to St. John the Baptist was added, then the name of St. John the Evangelist was added in the 12th century. “Lateran” refers to its location on a property once owned by the wealthy Laterani family of Rome.

The “Tabula Magna Lateranensis” lists the relics present in the basilica. Among them is a piece of John the Baptist’s tunic, and the tunic of St. John the Evangelist.

This basilica houses other important relics as well. Under the altar is kept a wooden table on which St. Peter is said to have celebrated Mass, and in the large ciborium above the altar, fragments of the skulls of St. Peter and St. Paul are kept.

The time is fulfilled, and the kingdom of God has come near;repent, and believe in the good news.Mark 1:15 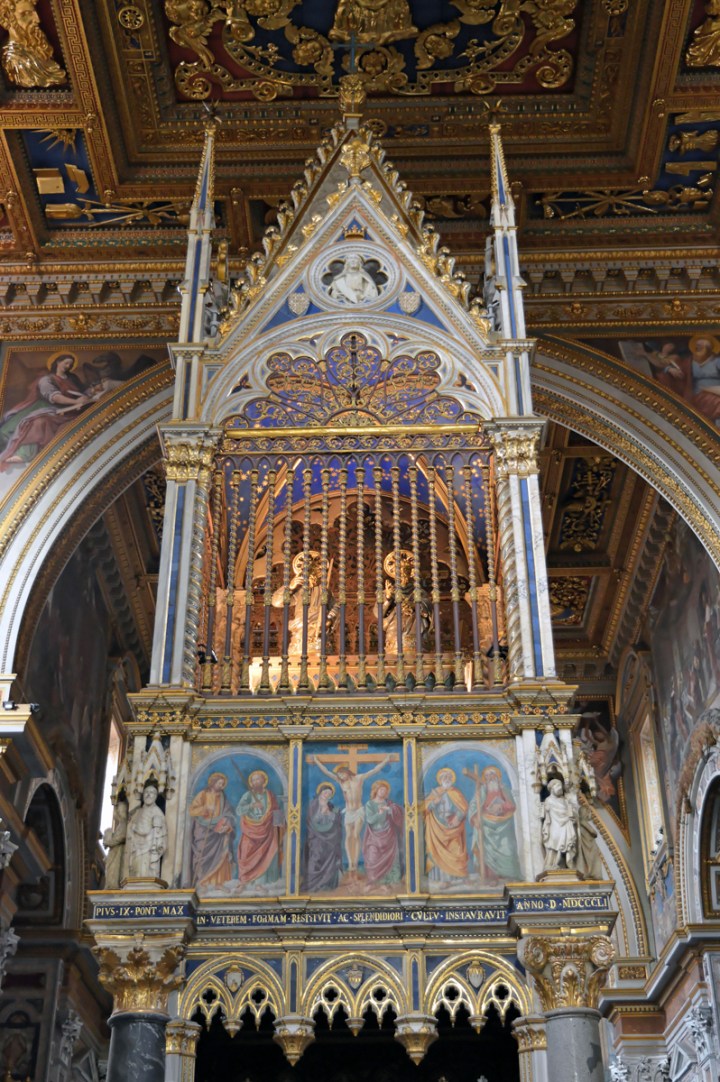