These healing waters were prophesied by a 20th-century nun

Numerous miracles and other graces have been reported by pilgrims who have bathed in the waters of the Sanctuary of Merciful Love in Collevalenza in Italy.

“Not as a judge to condemn people and inflict his punishment upon them, but as a loving Father, who forgives them, who forgets and takes no account of the offenses committed against HIM.”

Catholics around the world are familiar with the Lourdes shrine and, in particular, its baths. Known for their healing properties, a quick immersion in the sacred Pyrenees waters is an integral part of any pilgrimage to the French city.

And yet there is another site, in Italy, also known for its miraculous waters: the Sanctuary of Merciful Love in Collevalenza. Lesser-known than its French counterpart, the Italian sanctuary is located in Umbria, a short drive from the pilgrimage sites of Assisi and Orvieto.

The story of Collevalenza is closely connected with Mother Speranza, a 20th-century Spanish nun and mystic beatified as recently as 2014.

On September 30, 1893 María Josefa Alhama Valera was born in Santomera in Spain, the first of nine children of poor farming parents.

When she was 12 years old, she had a vision of St. Therese of Lisieux, who said to her: “Child, I came to tell you from the Good Lord that you will have to start where I finished.” In that moment, she received the mission and message she was to spread throughout the world: that of the Merciful Love of God.

When she was 21 years old, she became a consecrated nun with the Claretian Missionaries. But on Christmas night 1930, she felt called to found a new congregation: the Handmaids of Merciful Love. She would lead this new movement, dedicated to the reception and education of poor children and orphans as well as the care of the elderly and the sick, .

In 1936, she opened her first community in Rome. For the next 15 years, she served the poor in the outskirts of the Eternal City, especially those affected by World War II. She later founded a men’s religious congregation.

Between 1936 and 1941, Mother Speranza experienced what her biographers refer to as her “bloodless martyrdom.” She was slandered by Spanish bishops and priests and her leadership was contested. Even some of her own sisters accused her of malfeasance and called for her removal as superior general of the order she founded.

She was called to the Holy Office to defend the orthodoxy of her doctrine, as well as to answer to charges against her character and spiritual charisms. After three years, the Holy Office confirmed her orthodoxy, and she was permitted to continue in her role as leader of the order. 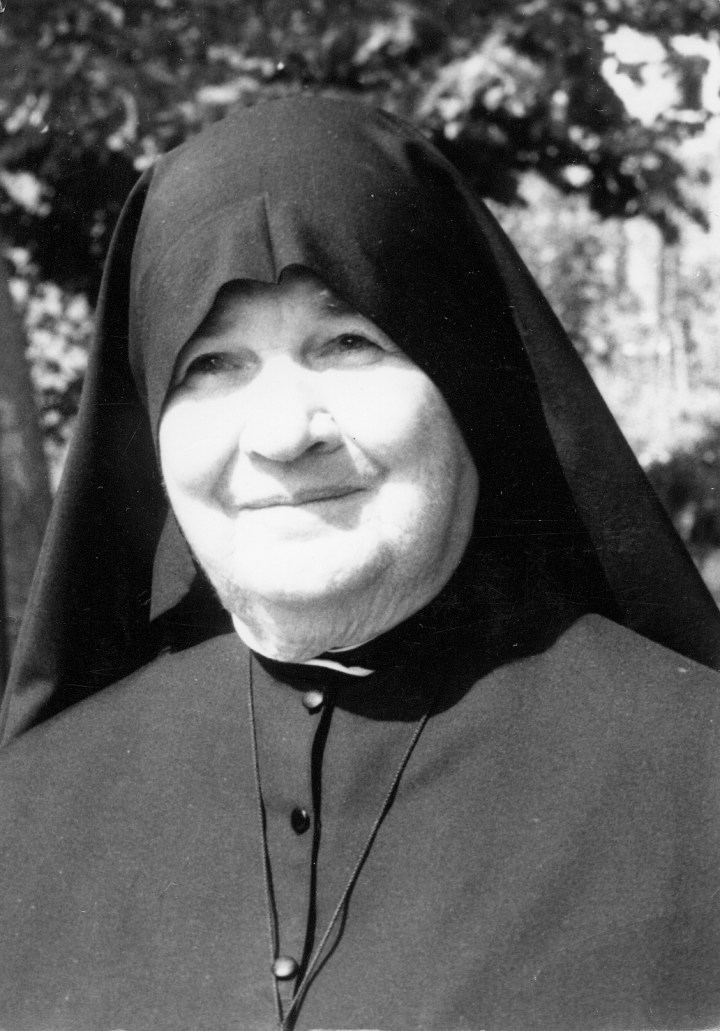 In 1951, Mother Speranza moved to the small town of Collevalenza in the diocese of Todi. There she felt called to build a sanctuary dedicated to Merciful Love to promote her teachings. Her message was: “God is waiting for men, not as a judge to condemn them and inflict punishment, but as a Father who loves them, forgives them, forgets the offenses received and does not take them into account.”

Next to the sanctuary, Mother Speranza prophesied that there was underground water, and she ordered a well to be dug. Indeed, an aquifer with abundant water was discovered 92 meters (300 feet) below the site she foresaw.

The water was routed into a series of basins for pilgrims to bathe in. Mother Speranza referred to the message of the water: “The virtue of making the sick heal, the poor who have no means, even with a single drop of water – may this water be the figure of your grace and mercy.” Numerous miracles and other graces have been reported by pilgrims who have bathed in the waters.

On the road to canonization

Mother Speranza died on February 8, 1983 at the age of almost 90. According to her wish, she was interred in the crypt of the sanctuary in Collevalenza five days later.

On April 23, 2002, she was proclaimed Venerable. On May 31, 2014, with the consent of Pope Francis, Mother Speranza was beatified. Her cause for canonization is underway.