Station Church Day 14: Legend says a pope was a prisoner in her house.

The first historical information about the Basilica of St. Balbina dates back to the 6th century, when the martyr’s relics were transferred there and the church was dedicated to her, but the church probably already existed in the 4th-5th century.

It’s located on the “Little Aventine,” hidden to most people. It’s a single space, perhaps the hall of a large private residence, which was later transformed into a church. Since then there have been many restorations, renovations, and changes of ownership. In 1798 it was even put up for auction. Today it belongs to the Vatican Chapter, but is closed for restoration, and the Lenten station will be held in the nearby Basilica of St. Saba.

The adjacent convent has undergone a similar fate: It became the first seat of the Pontifical Agrarian Institute for abandoned children, then it housed an institute of correction for minors, then a hospice for converted ex-prostitutes. Today it’s a rest home for the elderly.

Almost nothing is known about Balbina. She lived in the 2nd century and was the daughter of the Roman tribune Quirinus, who later converted and died a martyr. She’s credited with the discovery of St. Peter’s chains.

According to legend, Balbina suffered from a throat disease. Pope Alexander, a prisoner in the house of Quirinus, told her to look for the chains of St. Peter and, “once you have found them, kiss them with devotion, and you will soon be cured.” And so it was!

Read more:
Virtually pray at San Pietro in Vincoli, a hymn to freedom 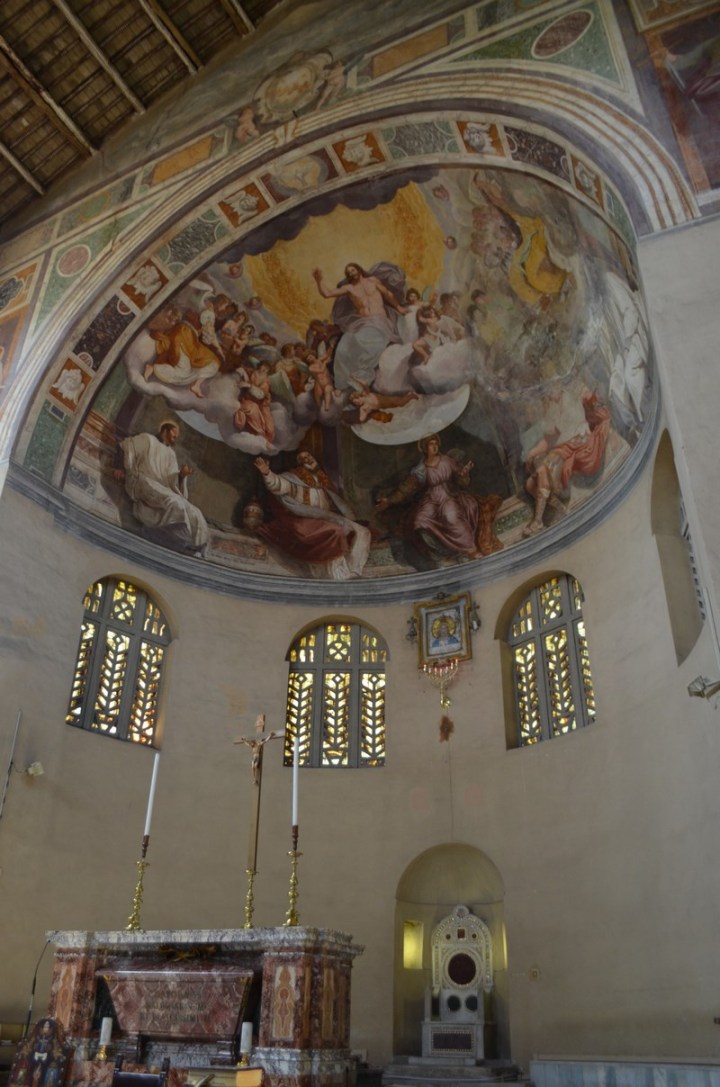