Virtually visit the Basilica of St. Cecilia in Trastevere, built over the martyr’s home

Station Church Day 15: They tried to suffocate Cecilia here, locking her in the area of the steam baths.

St. Cecilia was immortalized in Maderno’s statue, placed under the altar of the basilica dedicated to this young 3rd-century martyr. She’s depicted in the position in which she was found when her tomb was opened in 1599: her body almost intact, her head turned for decapitation, with wounds on her neck, holding three fingers of her right hand together indicating the Trinity, and one finger of her left hand indicating God.

Cecilia was killed at her home, the remains of which are under the basilica. She was locked up for three days in the calidarium, the area of the steam baths, so she would suffocate. She survived, so they tried to decapitate her, but three blows of the sword were unable to do the job, and she died only after three days of agony.

The present basilica dates back to the 9th century. It was built by Pope Paschal I over the previous church, in response to a dream: Cecilia appeared to him and showed him the place of her burial, in the catacombs of St. Callixtus. From here the body was brought back to her home and the basilica was rebuilt. The name Trastevere refers to this quarter of the city, located “across the Tiber.”

The Benedictine nuns have been here since 1527 and carry on an ancient tradition: with the wool of lambs they weave the palliums, the stoles that the pope gives to metropolitan archbishops. These are a symbol of the sheep saved by the Good Shepherd and of the Lamb crucified for the salvation of the world.

The Son of Man camenot to be served, but to serve,and to give his life a ransom for many.Mt 20:28

Read more:
Why is St. Cecilia the patron saint of musicians? 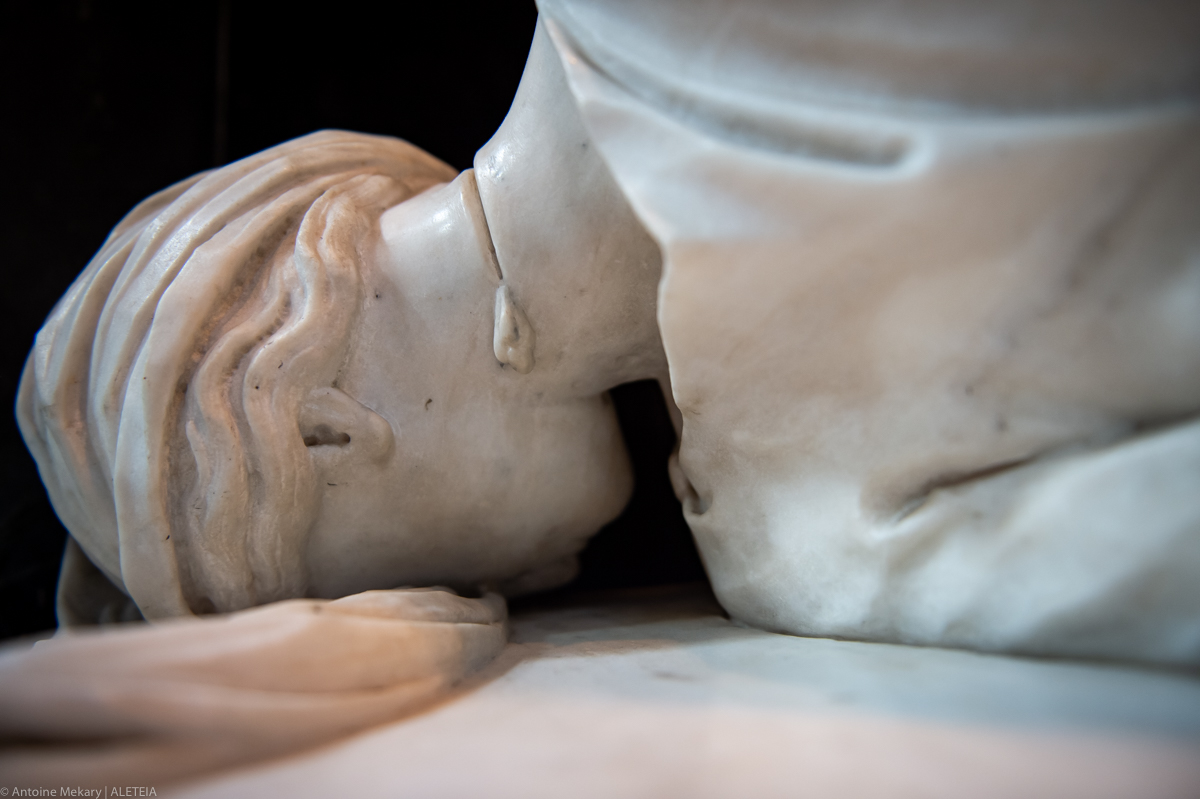