Station Church Day 16: The name of this church probably comes from an ancient icon here.

The Basilica of Santa Maria in Trastevere, in the heart of the neighborhood which is the symbol of Roman nightlife, is one of the oldest: It was built in the 4th century by Pope Julius II.

A miraculous event is said to be at the origin of its construction: In 38 BC oil began to gush from the ground, an event that early Christians considered in retrospect to be a prophecy of the birth of Christ, the Lord’s Anointed. The church was built over the source of the oil. According to other sources, fons olei is actually a mispronunciation of “fons olidus“—polluted spring: It would have been the water used to fill stadiums for naval battles.

The church probably received the name “Santa Maria in Trastevere” due to the arrival in this basilica of the icon of Our Lady of Mercy (dated in the 6th to 7th century), still venerated here today.

The basilica was almost completely rebuilt in the 12th century. The mosaics in the apse and in the upper part of the facade date from this period.

Some curious details: Until the end of the 19th century, criminals who changed their lives hung their weapons in the portico of the basilica. Inside, in a niche, are kept some instruments of torture. It is said that one of the stones there was tied around St. Callixtus’ neck to drown him in a nearby well.

Miraculous oil or polluted water, Christians have turned this place into land that still produces fruits of faith today. 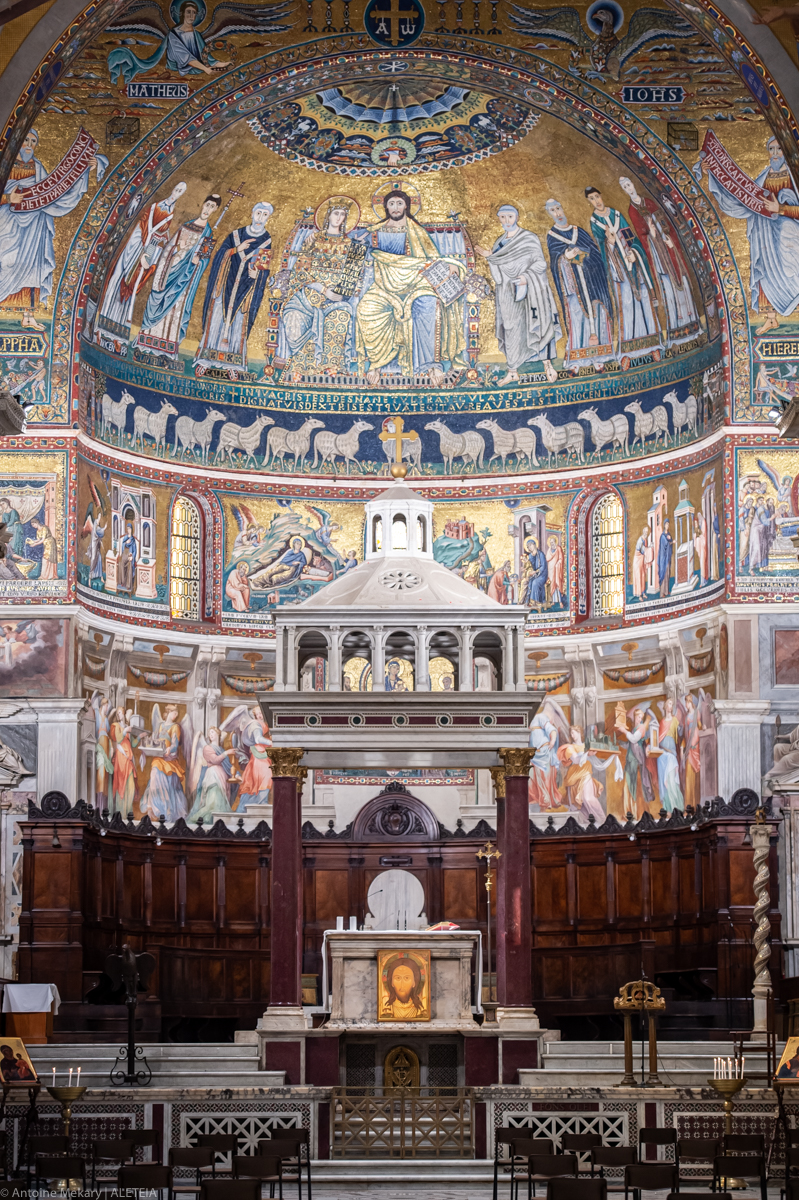