Courtesy of House of Wheels

The red carpet was rolled out for a celebration in which people with disabilities were made to feel like royalty.

The best Israeli party of 2021 just happened — and it was nothing short of miraculous.

Bustan Hagalil, an Israeli youth village near Acre, may not be the place tourists think of as the center of Israeli nightlife, but on February 11 — in the lead-up to Valentine’s Day — it was the host of a very different kind of celebration in which people with disabilities were made to feel like royalty.

A “Night to Shine”

“The party — or the prom — is something that we have never done here before,” said Yahel Marko, a volunteer who serves the guests all year-round as part of her work with House of Wheels, an essential service provider in Israel for people with physical disabilities. “The goal was to make people feel like they were the center of the world.”

Dubbed “Night to Shine” by the Tim Tebow Foundation, the experience is modeled after a prom night. On arrival, guests were welcomed with signs in Hebrew and English stating: “Have fun!” “We love you!” and “It’s your night to shine!”

Each year, the Tim Tebow Foundation sponsors these gala-themed events across the globe, and even the pandemic could not stop the celebrations.

“In a season when so many events and activities have been canceled, we knew we could not cancel Night to Shine,” said Tim Tebow, the organization’s founder. “God’s love, His heart for humanity, and the hope we have in His Son can never be canceled. I believe thousands of individuals worldwide were impacted by the celebration of last week — individuals who have faced so many unique challenges over the last year. They needed the reminder that not only are they loved by us, but they are also loved by the very One who created them in His image.” 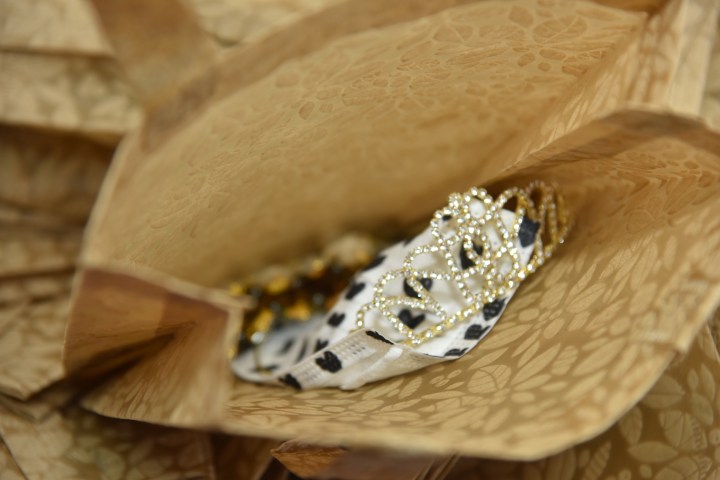 A celebration to remember

An added grace for the Night to Shine in Israel was that, despite restrictions due to the coronavirus, it was held in person for 17 young ladies with disabilities. House of Wheels — which co-hosted the event — was granted permission by the Israeli government to stay open during the pandemic, enabling them to gather with this limited number of guests.

Upon entering the venue, each young lady received a small bouquet of flowers tied in a bow on her wrist, together with a tall Champagne glass containing apple juice and a cherry. They took it all in: the decorations, red carpet entrance, colorful light displays and cheerful music.

As the sun was setting, they learned a fun dance from a professional dance instructor out in the courtyard. Guests were presented with a beautiful but simple silver tiara and a sparkling bracelet as they returned to the main gathering room — lighting up their faces with delight.

After a few speeches and a video by the foundation, everyone enjoyed a sumptuous meal followed by a spread of sweet desserts. Then the party began. Tables were set aside as the dancing continued throughout the evening with everyone joining in.

“What I liked about the evening was that we came together for each other and for ourselves,” said Chen Israeli, a guest with cerebral palsy.

The heartwarming reactions of the other participants ranged from “I feel beautiful!” and “We look like princesses!” to “No one has ever done this much for us before.”

As co-host, King of Kings created the festive environment for the evening: decorating the rooms, rolling out the red carpet, creating the welcome signs, purchasing the flowers for the ladies, and bestowing the tiaras as well as other gifts. In addition, they also coordinated the schedule, videography and photography for the evening.

Sean O’Hare, a Catholic New Yorker who served as the Night to Shine liaison, worked with The Philos Project — a New York-based nonprofit committed to bringing Christians of the West and the Near East in sync with each other —  to provide the venue.

“Philos utilized its extensive ecosystem of dedicated leaders to identify the ideal collaborators in Israel and assisted in the planning and coordination as well. And at no cost — they simply wished to contribute their resources to the cause,” O’Hare said.

Night to Shine was started in 2015 with the support of 44 host churches in the United States. This year, it was hosted by 470 churches in 32 countries around the world. In Israel, the host church was King of Kings.

“We are looking forward to an even larger and spectacular Night To Shine in 2022!” said Jacci Peter, the executive assistant at King of Kings. “From the team at King of Kings Ministries Jerusalem, we thank the Tim Tebow Foundation, the House of Wheels (Galgalim) and The Philos Project for making this beautiful and heartwarming event possible.”

Prayer for this evening
Top 10
1
Philip Kosloski
This morning prayer is easy to memorize
2
Daniel Esparza
5 Curious things you might not know about Catholicism
3
Philip Kosloski
Did Jesus know his grandparents?
4
J-P Mauro
Reconstructing a 12th-century pipe organ discovered in the Holy L...
5
Philip Kosloski
This prayer to St. Anthony is said to have “never been know...
6
Cerith Gardiner
5 Ways grandparents impact our lives for the better
7
Cecilia Pigg
Simplify your life and honor your body with these 5 natural perso...
See More
Newsletter
Get Aleteia delivered to your inbox. Subscribe here.