#TomorrowIsSunday: 3 points in 30 seconds to prepare for Mass

The Jerusalem Temple is the holiest place on earth according to the Bible. The Gospel says that it was one of the most beautiful buildings in the Middle East after being expanded by Herod. The final decorations were completed only a few years before AD 70, when the Temple was destroyed by the Roman army. The only remaining section is the famous retaining wall on the west side, the Western Wall, sometimes called the Wailing Wall. In the 7th century, on the temple grounds, Muslims erected a monument known for its golden dome. Next to it, there is a mosque.

The Temple – Jesus says: “Destroy this temple and in three days I will raise it up.” People were shocked. However, Jesus was not disrespectful of the temple. Only later did they realize that he was referring to his resurrection. “He was speaking about the temple of his body.” Jesus’ body was destroyed, but on the third day he rose from the dead and he lives. Although there is no temple in Jerusalem today, we have the new and ultimate temple — Jesus Christ, present among us in the Eucharist in our churches and chapels.

Whip of Jesus – The gentle Jesus drove the vendors out of the temple with a whip made of cords, scattering the money changers’ coins and overturning tables. Many wondered why Jesus did this. The Gospel gives the answer. He was zealous for God’s house.

Many believed – The Gospel of John says about 100 different times that people believed by seeing what Jesus did and taught. Jesus came so that people not only would believe in God but also trust God, and put their faith in Him. As it is written beneath of the image of Divine Mercy: “Jesus, I trust in You.”

We cannot know why the Temple was destroyed, but we know for sure that Jesus – present in the Blessed Sacrament – is waiting for us in church. How do I receive Him in Holy Communion? As a friend? Do I have time for Jesus? There is nothing holier on earth than the Body of Christ, which we receive in Holy Communion. 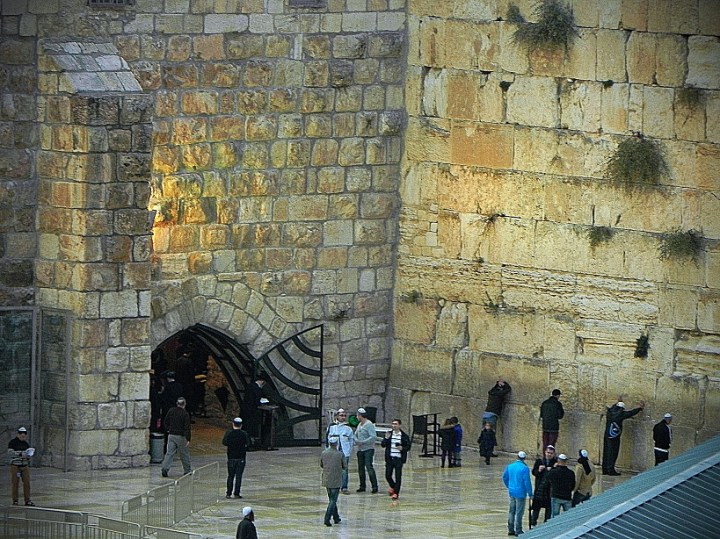