Virtually visit the Basilica of Santa Croce in Gerusalemme: See relics of the Passion

Its ancient name was simply Hierusalem. The Basilica of “Holy Cross (Santa Croce) in Gerusalemme” (in Rome, not Jerusalem) is famous because it houses relics of the Passion of Christ, brought to Rome from the Holy Land in 326 by Empress Helena, mother of Constantine. It is said that she had filled a ship with earth from the holy places.

This soil was laid under the floor of the “Sessorian Palace,” which became the Chapel of St. Helena. It was holy ground, so much so that in the reconstruction of 1743 the floor of the chapel was not touched, and even today to access it you have to go down several steps.

The apsidal fresco depicts the finding of the relics of the Cross, according to the story of the Golden Legend: St. Helen touched a dead man with the wood of the three crosses, and when he came into contact with the True Cross, he was resurrected.

The basilica has undergone several renovations. Its current appearance dates back to the 18th century. During the restoration in the 15th century was found the “Titulus Crucis,” the sign placed on the cross of Jesus, with the inscription chosen by Pilate. The text is written in Hebrew, Greek, and Latin characters: “I. NAZARINVS RE[X IVDAEORVM]”.

Today the relics are kept in a chapel accessed by an uphill corridor, a symbol of the ascent to Calvary. In the reliquary are kept three fragments of the “True Cross,” two thorns from the Crown, a holy nail and the “Titulus Crucis.” Over time, fragments of the grotto of Bethlehem, the Holy Sepulchre and the scourging pillar, the Good Thief’s cross and the phalanx of St. Thomas’ finger have been added.

Rejoice with Jerusalem,and be glad for her, all you who love her.(Is 66,10)

Read more:
Are the relics of Christ and the Apostles authentic? 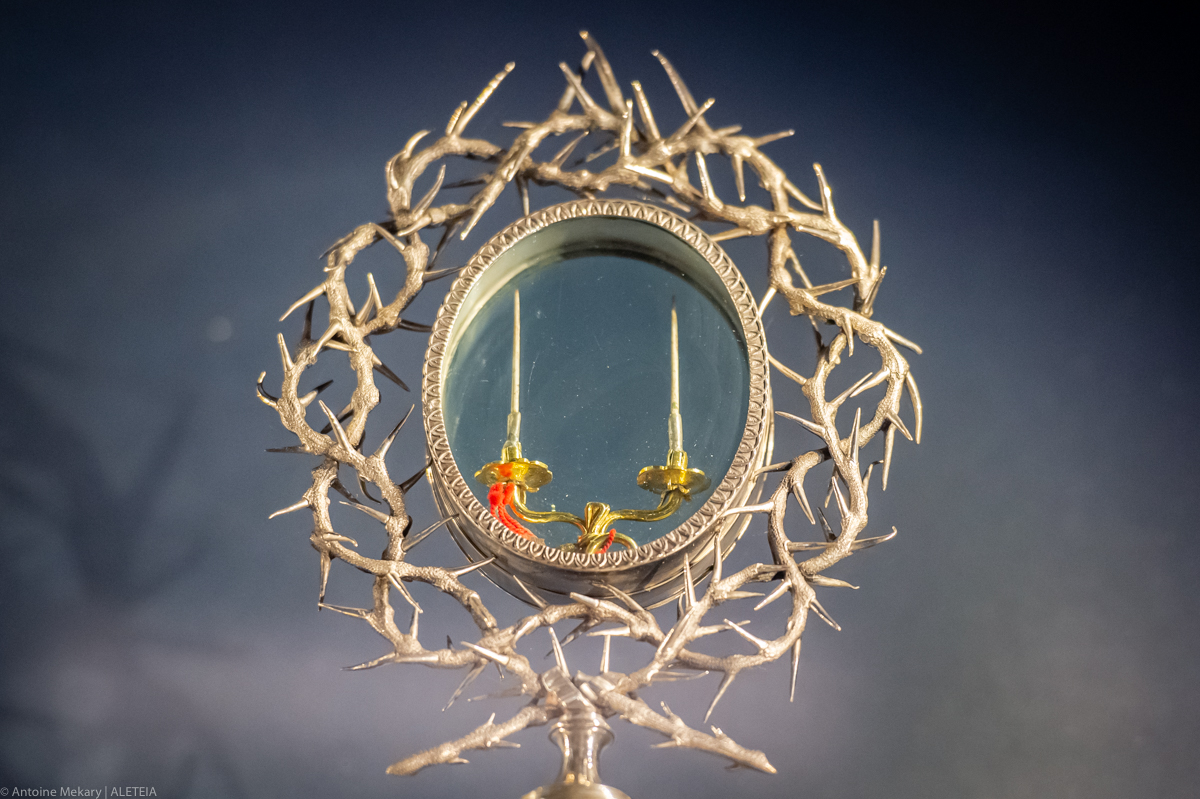