Virtually visit San Lorenzo in Damaso, a pope who turned to the catacombs

Station Church Day 28: We're again with the beloved Deacon Lawrence, but now with Pope Damasus, too.

The Lenten stations take us today to another place dedicated to St. Lawrence. The title “in Damaso” refers to Pope St. Damasus I (4th century), a great devotee of the Deacon Lawrence, who was of Spanish origin like the Pontiff’s mother, Lorenza. The Basilica of San Lorenzo in Damaso stands on the paternal home of Pope Damasus, whose remains rest under the altar.

At a time when the Church’s liturgical activity was moving to the great Roman churches, Pope Damasus carried out a historical and archaeological operation of great value: He took care of the catacombs, with a systematic survey of the tombs of the martyrs, and studied the evidence that would make it possible to reconstruct and authenticate their stories. He also composed short epigrams in praise and in memory of the martyrs.

The church has undergone many restorations. In the 15th century it was slightly moved to build the Palazzo della Cancelleria, into which it was incorporated. Today’s basilica is the result of the 19th-century reconstruction by Valadier and the subsequent one by Vespignani.

In the chapel of the Blessed Sacrament is kept the icon of the Madonna Haghiosoritissa (11th century), and in a side chapel is kept the crucifix in front of which St. Bridget prayed and which is said to have spoken to her.

May the memory of the martyrs, in the spirit of Pope Damasus, accompany our faith journey.

God is our refuge and strength,a very present help in trouble.Therefore we will not fear, though the earth should change,though the mountains shake in the heart of the sea.(Psalm 46) 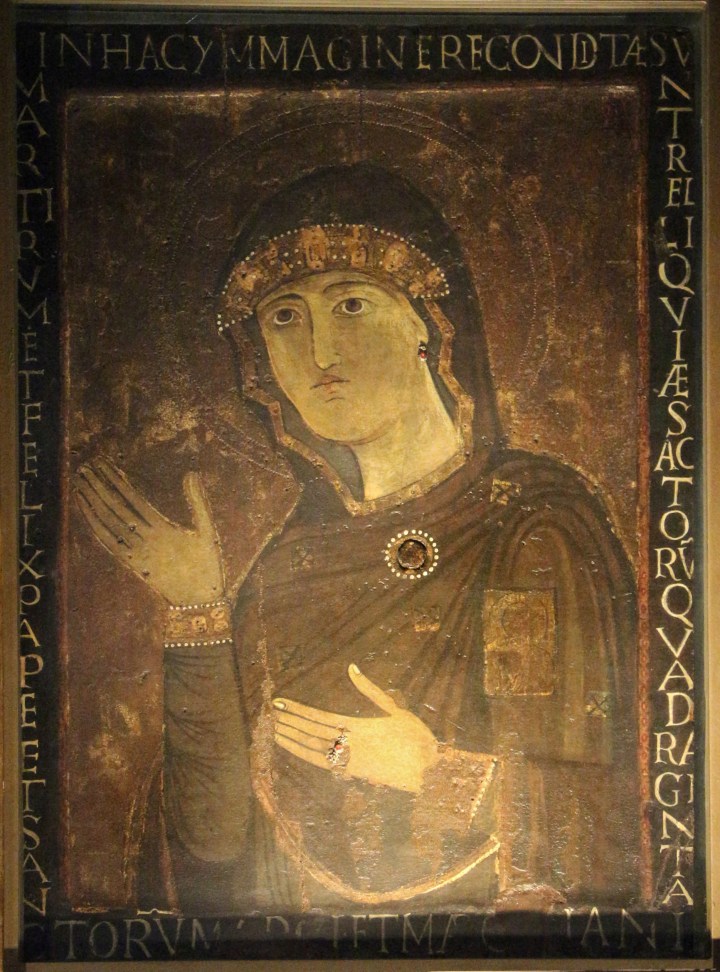