Bartolo Longo, a sworn enemy of the Catholic Church, underwent a radical conversion and went on to help establish a shrine to Our Lady.

Blessed Lady of Pompeii, who has ever turned to you with confidence and has not been heard? You have never turned down any of your children, any of your worshipers, who were looking for your help, hear my plea, o Mother of the Word, and through your Holy Rosary and the Temple of Pompeii please look with favor on my devotion. Amen. —The Petition Prayer to Our Lady of the Rosary of Pompeii

A holy site near the ruins of Pompeii

Within the environs of Naples are numerous attractions for tourists: the old city itself, the beautiful and storied Isle of Capri, the famed Amalfi Coast.

Nearby is the still active volcano of Mt. Vesuvius overlooking the city. It is legendary for the 79 AD eruption that blanketed two nearby Roman city of Pompeii in ash and lava. The destruction was so sudden that the city’s excavation revealed a snapshot of ancient Roman life frozen in time when the town was dug out by archaeologists in the 19th century.

Visitors to Pompeii can walk the ancient Roman streets and marvel at excavated buildings almost the way they were two millennia ago.

And yet, less than one mile away – in what may seem like a juxtaposition to the archaeological site – is another site that draws an equally impressive number of visitors each year: the Shrine of the Virgin of the Rosary of Pompeii. 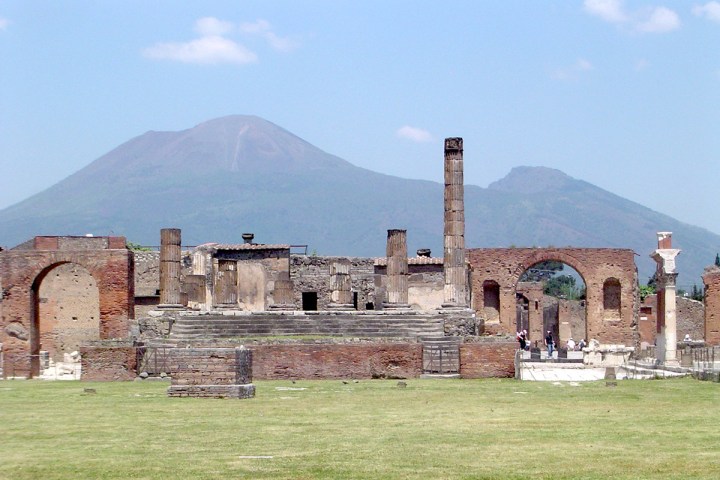 From enemy of the Church to promoter of the faith

The history of the shrine is connected to the story of a man named Bartolo Longo (February 10, 1841 – October 5, 1926) who underwent a radical conversion.

The latter part of the 19th century in Italy was a period of turmoil as the Catholic Church found itself struggling against the nationalist movement known as the Risorgimento. The pope was seen as an antagonist against Italian unification, and students in Naples were actively demonstrating against him. At the same time, sorcery and mediums were growing in popularity.

Although Bartolo had been baptized Catholic, he fell away from the faith while studying law at the University of Naples. He came under the influence of two former priests and other anti-Catholic movements. He then became a sworn enemy of the Catholic Church, and even dabbled in witchcraft.

In 1865, however, through the influence of two friends – one a professor and one a Dominican Priest – Bartolo underwent a dramatic conversion. He returned to the faith with a new zeal. Six years later, he became a Third Order Dominican, taking the name of Brother Rosario in honor of the Rosary.

A local countess entrusted to him the administration of a property she owned in Pompeii. Bartolo was distressed to see that the church in town was in serious despair. Further, much of the local population did not practice their faith and few went to Mass on Sunday and feast days.

The birth of a shrine to Our Lady

Longo was encouraged by the bishop of Nola to begin the construction of a larger church. The church was begun in 1876 and also included a school, workshop, orphanage and social center. It was consecrated on May 7, 1891, and in 1901 it became a papal basilica by order of Pope Leo XIII.

Today the painting is object of deep veneration and countless miracles are attributed to it.

Devotion to Our Lady of Pompeii among the faithful runs deep locally as well as throughout the region of Campania. To this day, numerous pilgrims visit the sanctuary annually.

The Basilica includes life-size statues of some of the people who have made pilgrimages to the shrine, including Saint Francis Xavier Cabrini (Mother Cabrini) who visited here to give thanks for a safe arrival from the US after a rough sea voyage.

His Feast Day is celebrated on October 5.