A journey to Jesus’ childhood home, the House of St. Joseph

An important stop on a pilgrimage to the Holy Land is this church in Nazareth, which ancient tradition tells us was built over Joseph's home.

When they had fulfilled all the prescriptions of the law of the Lord, they returned to Galilee, to their own town of Nazareth. The child grew and became strong, filled with wisdom; and the favor of God was upon him. (Luke 2: 39-40)

The city of Nazareth, located in Israel’s upper Galilee region, is an important destination for pilgrimages to the Holy Land.

The most important church in Nazareth is without a doubt the Basilica of the Annunciation. The modern church – the largest in the Middle East – sits atop four previous ruined churches, all built over a grotto believed to be the home of Mary’s parents. It is the site where she was visited by the angel Gabriel and given her fiat.

A short distance away – on the other side of the Franciscans’ sprawling complex – is another church of importance to the Christian pilgrim: St Joseph’s Church. According to an ancient tradition, it is believed this church was built over the house and workshop of St. Joseph. This would have been the home of Mary and Joseph following their marriage. The church also goes by the names Church of Nutrition and the Church of Joseph’s Carpentry.

Though obviously of lesser import than the site where the “Word became flesh” (see John 1:14), the place where the Holy Family lived together for 30 years, and Jesus grew to adulthood is significant. In fact, the Byzantine church built over St. Joseph’s home was larger than the one nearby built over the grotto of the Annunciation. 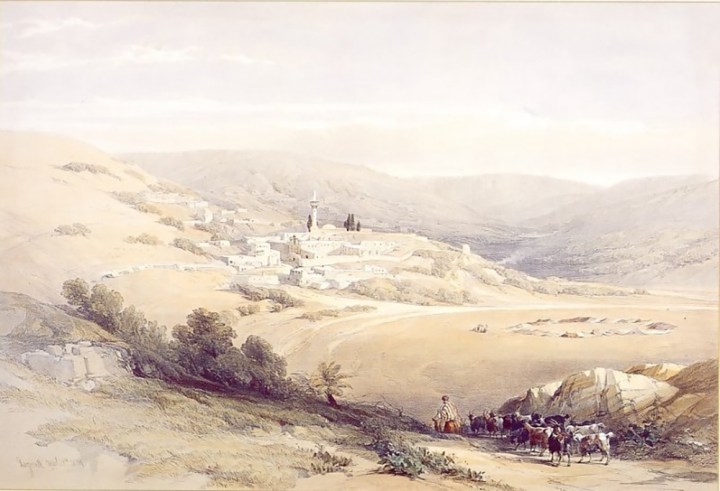 The Franciscan era of the Church of St. Joseph

After the Arabic occupation in the 13th century, the Crusader church of St. Joseph was left in ruins for centuries. In 1754, the Franciscans purchased the site and rebuilt a chapel in honor of St. Joseph.

In the 1880s, nuns of the Sisters of Nazareth convent rediscovered the ancient 1st-century house beneath their convent. Led by the superior of the convent, Mère Giraud, the project was initiated and directed by the nuns themselves.

The Franciscan friars then rebuilt the present church in 1914 on what remained of the Crusader Church.

Later, in 1936, a Jesuit priest named Henri Senès, who had a background in architecture, visited the site beneath the nuns’ convent and detailed the structures. His work went was largely unknown beyond the local Franciscans.

However, in 2006, the nuns granted access to the site to archaeologists led by Professor Ken Dark. He spent 14 years studying the site, including Senès’s drawings and notes. The archaeologists discovered items from a 1st-century house, including broken cooking pots, a spindle for spinning thread, and limestone vessels. These artifacts suggested a family lived there.

Dark believes the site to be the home of St. Joseph and, consequentially, the childhood home of Jesus.

Today, a stairway descends from the church to a crypt where caves can be seen through a grille in the floor.

A few more steps descend to an ancient pool or basin with a black-and-white mosaic floor. This is believed to have been a pre-Constantinian Christian baptistery, perhaps used as early as the 1st century. The mosaic depicts what appears to be a ladder, perhaps symbolizing the spiritual elevation of new converts to Christianity. This indicates that Christians gathered here in biblical times long before the first official churches were built.

There are further steps still, which appear to be older; they reach a narrow passage that eventually opens up into a room. In this room are caves that have been carved into the limestone to be used for storage of grain and as water cisterns.

While it is impossible to know that this was St. Joseph’s house and the site where Jesus grew up, the ancient traditions combined with archaeological evidence make it a strong possibility.

St. Joseph, pray for us.