Station Church Day 29: Pope Sylvester I built a large oratory here, which was later dedicated to St. Martin of Tours.

The Basilica of Sts. Sylvester and Martin ai Monti was built over a 3rd-century Roman building, believed to be the house of the presbyter Equitius; hence the “titulus Equitii” of this basilica. In reality it may have been a room used as a warehouse, later used for worship, as shown by some Christian paintings of the 6th century.

In the 4th century, Pope Sylvester I built a large oratory here. Not even a century later, the church was rebuilt and dedicated to St. Martin of Tours. Today it is known by the two names of Sylvester and Martin.

The basilica was completely renovated in the mid-1600s. Among other things, the floor was lowered, with the result that, upon entering the church, a person’s eye is attracted by a marble cube that rises from the crypt, with a red porphyry disk in the middle. Here are kept the relics of martyrs moved from suburban cemeteries during the church’s rebuilding in the 9th century.

The basilica has been entrusted to the Carmelites since 1229. Here rests Blessed Angelo Paoli (1642-1720). He spent his life (and wore out his shoes) on the streets of Rome, helping the poor and the sick. He owned nothing, but managed to feed 300 people a day. He also founded a hospice for convalescents. Dozens of people knocked on his door for every kind of need; so much so that he earned the nicknames “Father of the Poor” and “Brother Charity.”

For God so loved the worldthat He gave His only Son,so that everyone who believes in Himmay not perish but have eternal life.Jn 3:16 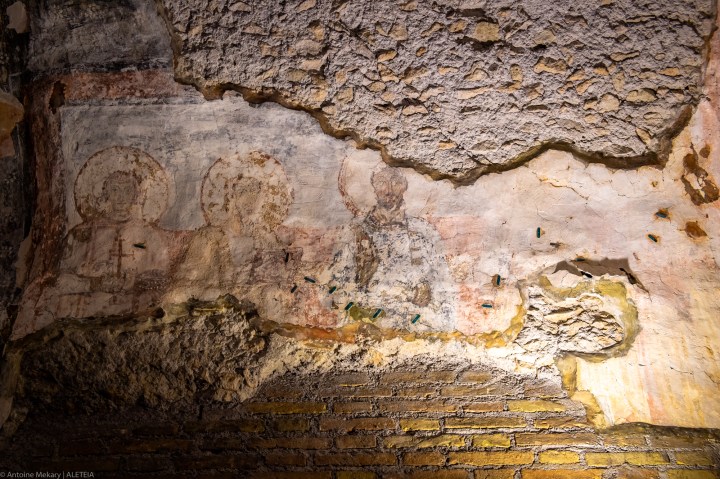