Virtually visit Basilica of San Nicola in Carcere, between sacred and profane

Station Church Day 31: A Roman basilica devoted to the saint we know as Santa Claus.

The Basilica of San Nicola in Carcere is one of the oldest diaconias in Rome, already existing in the 6th century. It’s an example of how Christianity enhances and—in this case—incorporates what the pagan world produced.

The basilica was built in 1128 and dedicated to St. Nicholas, bishop of Myra, since a flourishing Greek community lived in the area and was devoted to him. The name in Carcera (“in prison”) is due to the presence of what was thought to be a prison. Stories and legends have flourished on the subject; in reality, the “cells” identified in the excavations were most likely storerooms of money changers.

Inside the church is kept a wooden crucifix (14th century) that is said to have opened its eyes during a Mass celebrated by St. Gaspare del Bufalo. In a side chapel Our Lady of Guadalupe is venerated. It’s held to be one of the images of Mary that moved its eyes in 1796, during Napoleon’s military campaign in Italy.

O Lord my God, in you I take refuge;save me from all my pursuers, and deliver me,or like a lion they will tear me apart;they will drag me away, with no one to rescue.Psalm 7

Read more:
5 Things you (probably) did not know about Santa 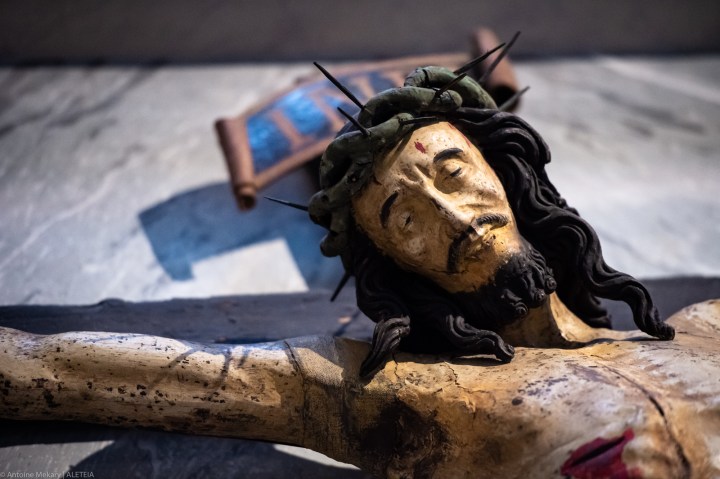