Virtually visit St. Peter’s Basilica: The columns (and pillars) of the Church

Station Church Day 32: Two saints of the Via Crucis are in the four columns supporting Peter's dome.

Here are the columns of St. Peter’s Basilica (and of the Church). In the columns that support the dome of St. Peter’s are four statues: St. Veronica, St. Andrew, St. Helen, and St. Longinus. The columns themselves are great reliquaries: that of Veronica holds what is thought to be the veil with which she wiped the face of Jesus on the way to Calvary; that of Longinus, the lance with which the centurion pierced the side of Christ; that of St. Helena, a relic of the “true Cross”; and that of St. Andrew held the skull of the apostle (today in Patras, the place of his martyrdom),

Among other important pillars are those of the baldachin. On the bases of the columns, there are eight marble friezes with the coat of arms of Pope Urban VIII. Each one is different, and together they represent the cycle of birth: from conception to childbirth. Perhaps this is a way of representing the “Mother Church?” A curious detail: Bernini’s rosary was cast into one of the twisted columns.

Other “columns” of the Church present in the basilica: Klementyna Sobieska, Matilda of Canossa, and Queen Christina of Sweden. They are the only three women buried in St. Peter’s, although they are there more for “political reasons” than for religious merits.

By contrast, there are 25 pontiffs buried in St. Peter’s, four of whom are in the main basilica: Innocent XI, Pius X, John Paul II (to whom the former “ceded” the chapel of St. Sebastian), and John XXIII.

Very truly, I tell you,unless a grain of wheatfalls into the earth and dies,it remains just a single grain;but if it dies, it bears much fruit.John 12:24 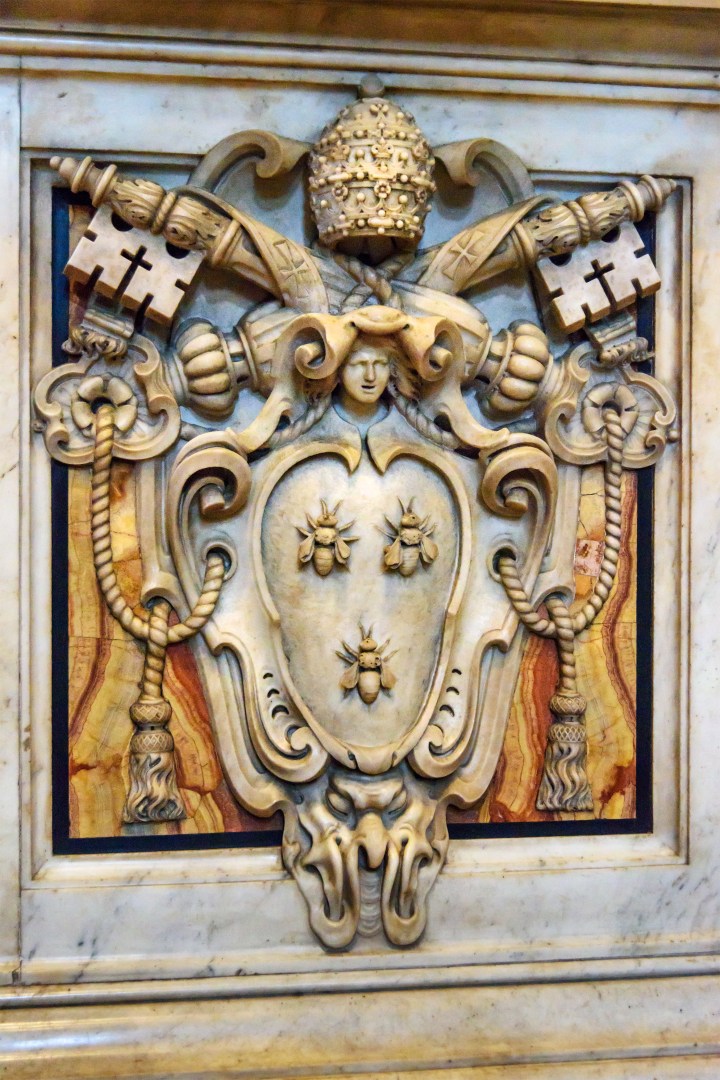