Station Church Day 34: What these walls have seen!

The Basilica of Santa Maria in via Lata is said to stand on the site where St. Luke wrote the Acts of the Apostles and painted the first of seven portraits of the Virgin. The 12th-century portrait on the high altar is said to be a copy of this image.

An ancient devotion places here the house where St. Paul lived for two years under surveillance, indicated by an inscription at the entrance to the basement—a tradition disputed by the church of San Paolo alla Regola. The inscription also refers to a certain martyr named Martialis (perhaps Paul’s jailer, later converted?). St. Peter is also supposed to have passed through here.

In the basement there’s a Corinthian column to which tradition says that St. Paul was chained. On the column is a phrase written by Paul to Timothy: “Verbum Dei non est alligatum” (The Word of God is not chained). Recent excavations have made it possible to recover various objects, including an iron chain about two yards long, compatible with the marks on the column.

In the 3rd century the building was probably used as a warehouse. At the end of the 6th century it became the Diaconia of Pope Sergius I, probably run by Eastern monks. In 1049 the upper church was built with an orientation opposite to that of the crypt. Today’s basilica was built in the 15th century and restored several times.

The Lord looked down from his holy height,from heaven the Lord looked at the earth,to hear the groans of the prisoners,to set free those who were doomed to die.Psalm 101 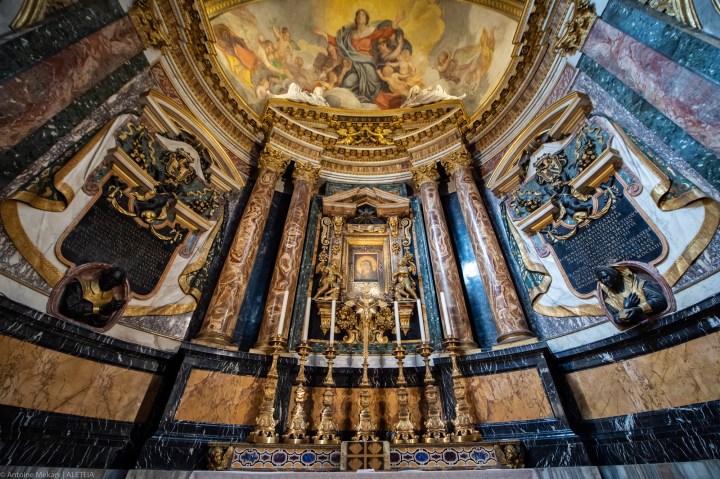