Station Church Day 36: A prayer from 1657 asks Mary's intercession to be freed from the epidemic.

Today’s Lenten station takes us near Piazza Navona, to the basilica dedicated to St. Apollinaris, the first bishop of Ravenna. According to tradition, he was a disciple of St. Peter and was consecrated bishop by him.

The church is built over the ancient baths of Nero and is mentioned for the first time at the end of the 8th century. After various renovations, it was rebuilt by Benedict XIV and consecrated in 1748, in the form that we see it today. Since 1990, the basilica has been the chapel of the Pontifical University of the Holy Cross, entrusted to Opus Dei.

In the atrium of the basilica—transformed into a chapel—is kept the “Sacra Effige” of the Virgin, also called “Our Lady of Apollinare.” In December 1494 the image was covered with a layer of plaster to protect it from the soldiers of Charles VIII. It was then forgotten and rediscovered perfectly intact in 1647 when the plaster was removed.

The event was considered miraculous and the image immediately became the focus of popular devotion. In an epigraph under the image there’s a prayer that the Romans addressed to her for help during the plague epidemic of 1657: “Holy Mary, repairer of peace among the Christian faithful, intercede for us with God so that we may be freed from the epidemic and from present and future evils.”

A prayer that we repeat even today, in a time of pandemic, and—by a happy coincidence—the Solemnity of the Annunciation of the Lord.

Behold, I am the handmaid of the Lord,let it be done to me according to your word.Luke 1:38 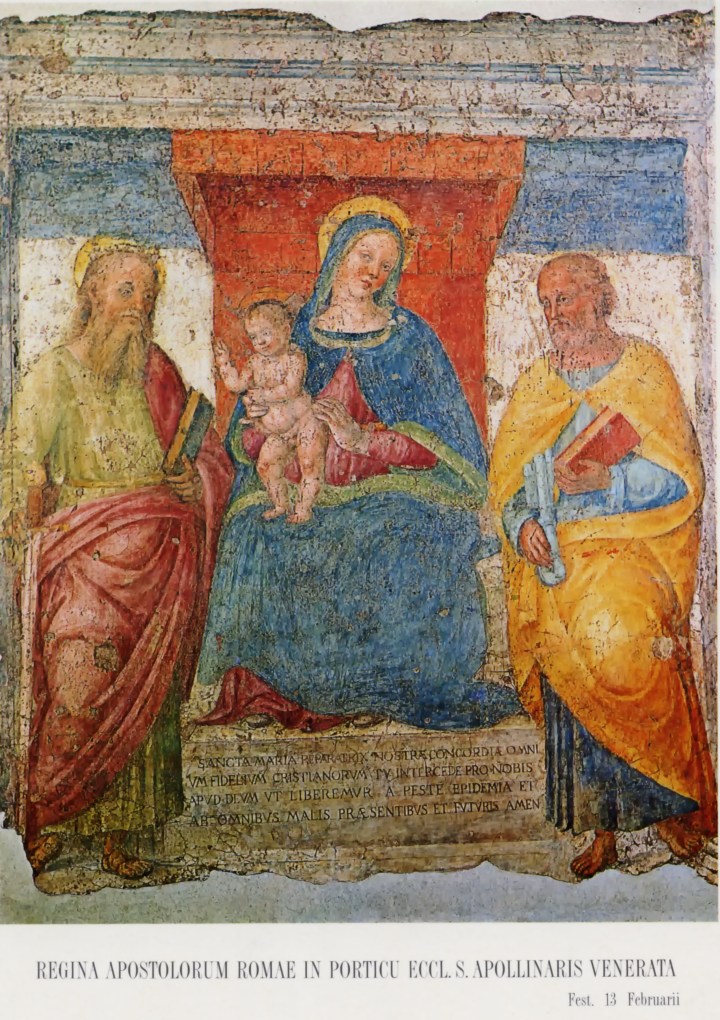