Station Church Day 43: The cathedral of the Bishop of Rome is a fitting stop on this day.

Holy Thursday is the day of the cathedral—in Rome, the day of St. John Lateran, the cathedral of the Pope. At one time on this day the pope celebrated the Chrism Mass here—with the blessing of the holy oils—as is done in all the cathedrals of the world. For some time now, this ceremony has been transferred to St. Peter’s.

Until 2012, the pope celebrated the Mass of the Lord’s Supper, with the “washing of the feet,” at St. John Lateran. With Pope Francis, this tradition was interrupted and the Mass of the Lord’s Supper has become “itinerant”: the pope on this day wants to reach the most marginalized environments, kneeling at the feet of the “discarded” of society. Because of the pandemic, this year, as in 2020, the “washing of the feet” is suspended and the pope will celebrate Mass at St. Peter’s.

Another particular tradition is linked to the Lateran Basilica: that of awarding the title of honorary Proto-canon to French presidents. This custom originated in the 15th century following some donations made first by King Louis XI and then by Henry IV to the Chapter of the Basilica. As thanks, the Lateran Chapter bestowed Henry IV with the title of Honorary Proto-canon. The tradition continues to this day.

Following the example of Jesus, every human authority is called to exercise their power in the service of their brothers and sisters.

So if I, your Lord and Teacher,have washed your feet, you alsoought to wash one another’s feet.John 13:14 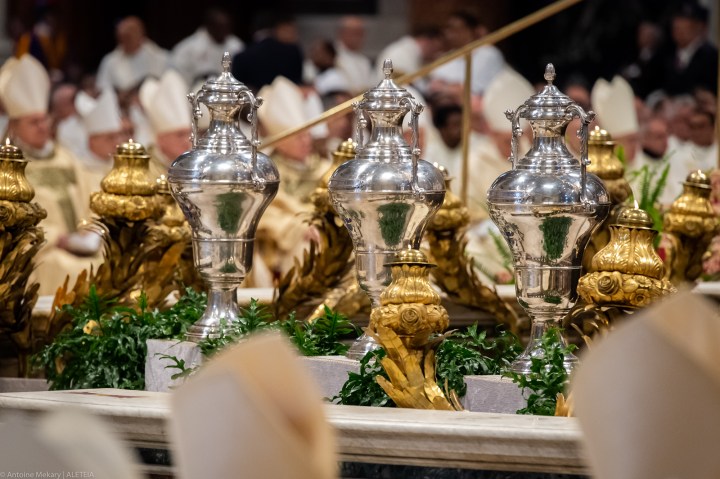