Young Chaldean Catholics from Alqosh in the Nineveh Plain reenact Jesus’ arrival in Jerusalem-- a sign of hope for the future of Christianity in the region.

The village of Alqosh is an oasis of Christianity in the Nineveh Plain of northern Iraq. Home to about 4,600 Chaldean Catholics, Alqosh was the only Christian stronghold not to fall to ISIS when Islamist militants seized territory in northern Iraq. 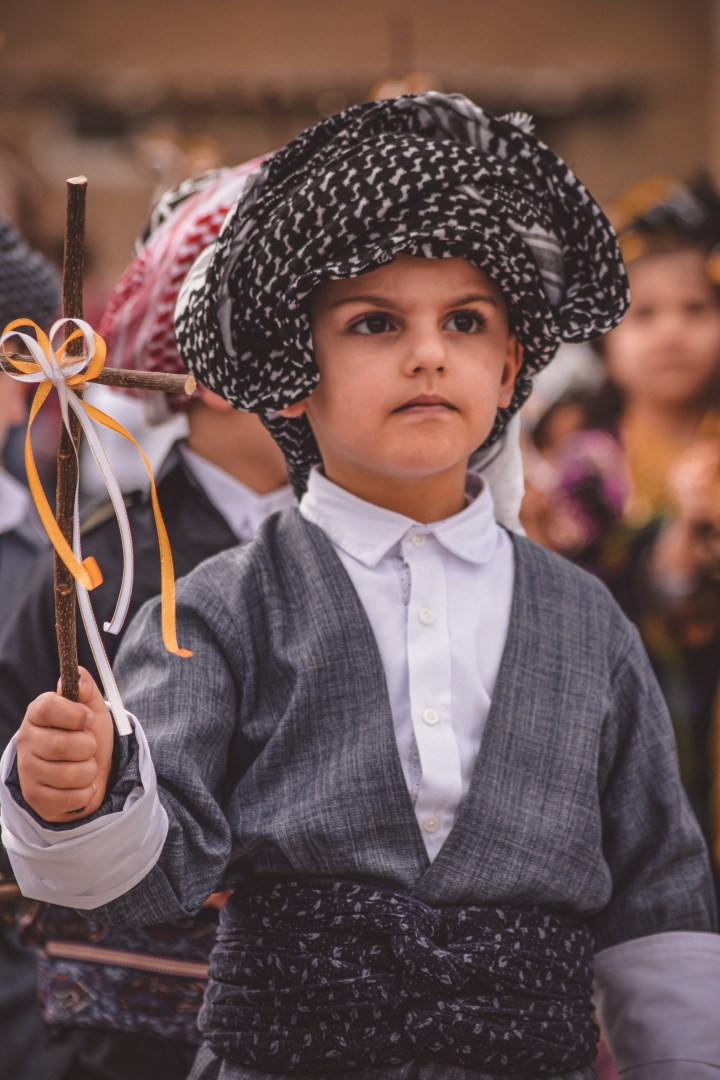 In 2014, when ISIS threatened to attack Alqosh, the women and the children fled for a month, while the men remained to defend their village. When it became clear that no attack was imminent, the families returned.

Today, Christians in Alqosh practice their faith as their ancestors did. The town became an important center of Eastern Christianity when the monk Rabban Mar Hormizd founded a monastery named after him in 640 AD, and has been home to its Christian population ever since.

On Palm Sunday, as they do every year, the children of Alqosh gathered at Alqosh’s Mar Gorgis Church to reenact Jesus’ arrival in Jerusalem, the first day of Holy Week. Dressed in elaborate finery befitting the arrival of the King of Kings, the children chanted hymns celebrating the day.

Photographer Salar Hanona captured the scene with these beautiful images. The 21-year-old computer science student told Aleteia that these children represent the original inhabitants of Alqosh, and are a sign of hope for the continued presence of Christians in the region.

“Christians here suffer from unstable conditions in Iraq, but they want to stay in Alqosh and build their families in Iraq. There are those who want to travel, but they are few,” he said.

Hanona explained that Pope Francis’ visit to Iraq offered hope to the people of Alqosh.

“This means that we will always have a place in his heart,” he said. “His visit was tantamount to recognizing us as a Christian component of Iraq.”

Tags:
Christians in the Middle East