Virtually visit the Basilica of Santa Croce, and the girl who saw Jesus crucified

Station Church Day 44: Venerable Nennolina died when she was only 6.

At the Basilica of Santa Croce, which houses the relics of the Passion, we meet Antonietta Meo, a little girl who lived her own personal Passion in the footsteps of Jesus, offering her own suffering for the salvation of the world.

“Nennolina”—as she is known to everyone—was born in 1930. She was lively and joyful, and above all full of faith, something she learned at home and in Catholic Action. When she was 5 years old, she was diagnosed with osteosarcoma, a malignant bone tumor. Thus began her “Via Crucis”: from the amputation of her leg to her death at the age of six and a half.

The disease was aggressive and very painful, but she offered everything for the salvation of sinners, without a complaint. Even on the anniversary of the amputation of her leg, she wanted to celebrate because “I didn’t lose my leg, I gave it to Jesus.” On Christmas night 1936 she received her First Communion.

Nennolina confided to her mother that she saw Jesus Crucified: “I see Him alive, in the flesh, as I see you! … Sometimes He looks at me, other times He lowers his eyes or closes them.” She died on July 3, 1937, and her body rests in the Basilica of Santa Croce in Gerusalemme.

In 2007, Benedict XVI proclaimed Nennolina venerable. A few days later, he spoke in these words to the young people of Catholic Action: “You can consider her as your friend, a model to inspire you. Her existence shows that holiness is for all ages.”

Although he was a Son, he learned obediencethrough what he suffered;and having been made perfect,he became the source of eternal salvationfor all who obey him,Hebrews 5:8-9 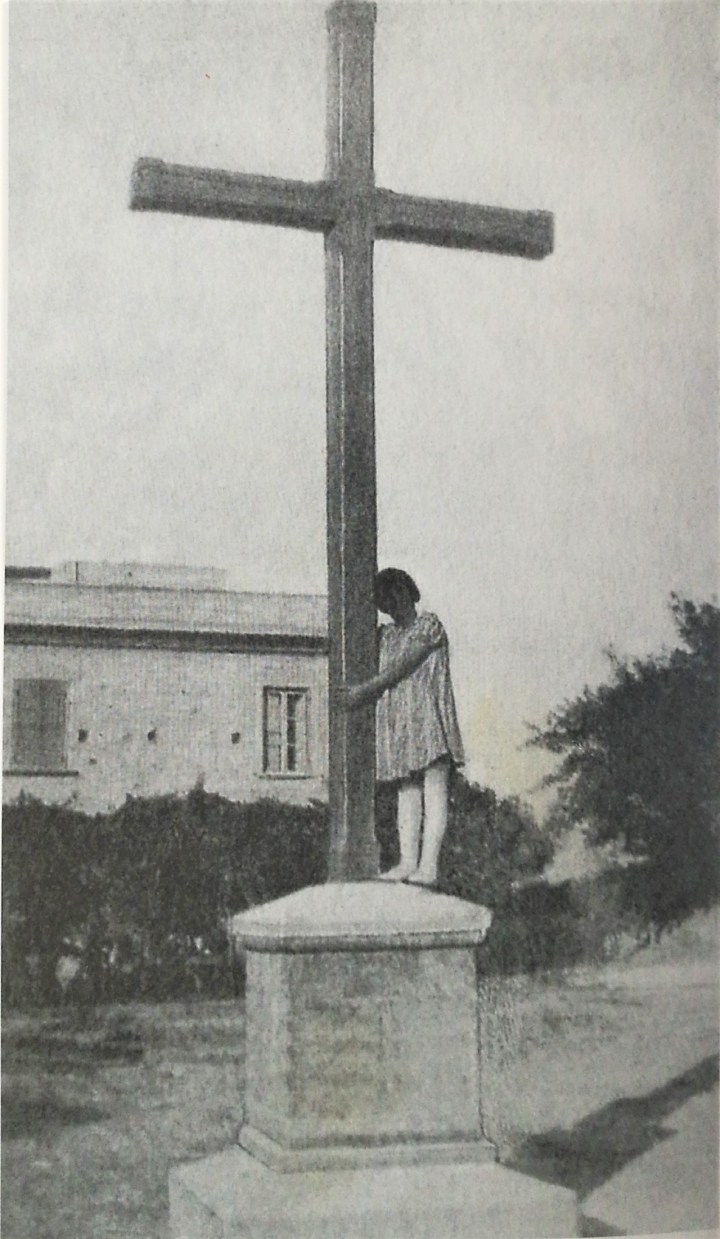 Read more:
This Italian Girl May Soon Be Honored as a Child Saint and Mystic