Virtually visit St. Peter’s, the church built on the tomb of the first pope

Station Church Day 47: Legend has it that Constantine himself removed the first 12 baskets of earth to prepare for construction.

In Easter week, the station pilgrimage returns to St. Peter’s in the Vatican. On Peter, Jesus built the Church, and on Peter’s tomb was built the basilica that is the symbol of Christianity.

The first basilica was built by Emperor Constantine around 325. To make room for the basilica it was necessary to move over 40,000 cubic meters of earth. Legend has it that Constantine himself removed the first 12 baskets of earth with his own hands, one in honor of each apostle.

The ancient basilica was demolished in the 16th century. It took 120 years and 22 popes to build the present basilica: from 1506, with Julius II, to 1626, when it was consecrated by Urban VIII. The construction of the square in front of the basilica was completed 50 years later.

The most famous architects and artists of the time worked on it, including Bramante, Raphael Sanzio, Michelangelo—creator of the dome—and Bernini, the artist responsible for the baldacchino.

This Jesus, God raised up,and of that all of us are witnesses.Acts 2:32

Read more:
As the first pope, did St. Peter write any encyclicals? 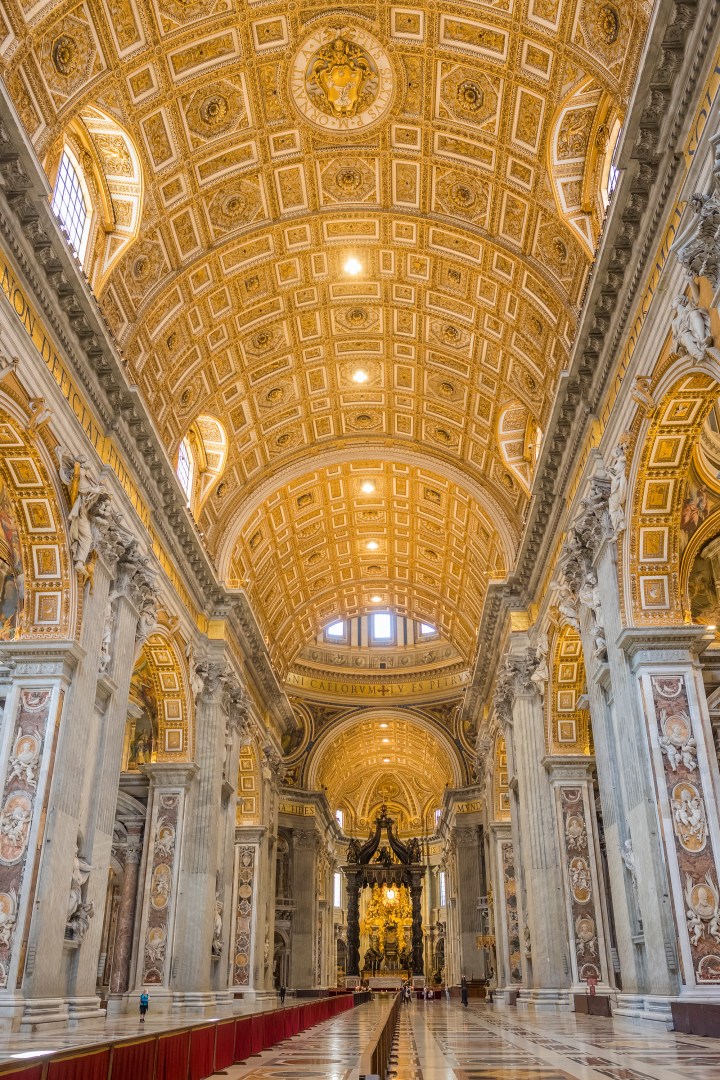