Virtually visit the baptistery of St. John Lateran with the newly baptized

Station Church Day 52: Constantine himself is thought to have been baptized here.

Today we return to St. John Lateran, more precisely to the Baptistery. On this day after Vespers, those who were baptized during the Easter Vigil leave behind their white robes. Hence the ancient name for the second Sunday of Easter, “in albis (vestibus)” (“in white (robes)”). The newly baptized once also received an “agnus Dei,” a small wax medallion bearing the image of the Lamb of God.

The Baptistery of St. John Lateran is an octagonal building from the Constantinian era, which stands next to the basilica. The Emperor Constantine himself is thought to have received Baptism here. In the 5th century the structure was given its definitive form and it has been in use ever since. It has been retouched several times and adapted to the tastes of various epochs, but never fundamentally changed.

In the 5th century, the Baptistery was enriched with three chapels on the east, west, and north sides (the latter eliminated in 1586). In the 7th century Pope John IV, of Dalmatian origin, created a new chapel to house the relics of the saints of his homeland, in particular Venantius and Domnion, giving origin to the Chapel’s name.

In the 12th century, the atrium of the Baptistery received the relics of several martyrs. The apsidioles were transformed into the chapels of Sts. Cyprian and Justina and Sts. Rufina and Secunda. The Madonna and Child, known as the “Madonna del Fonte” (“Our Lady of the Fountain”), in the Chapel of St. Venantius dates from the end of the 13th century.

We cannot keep from speakingabout what we have seen and heard.Acts 4:20 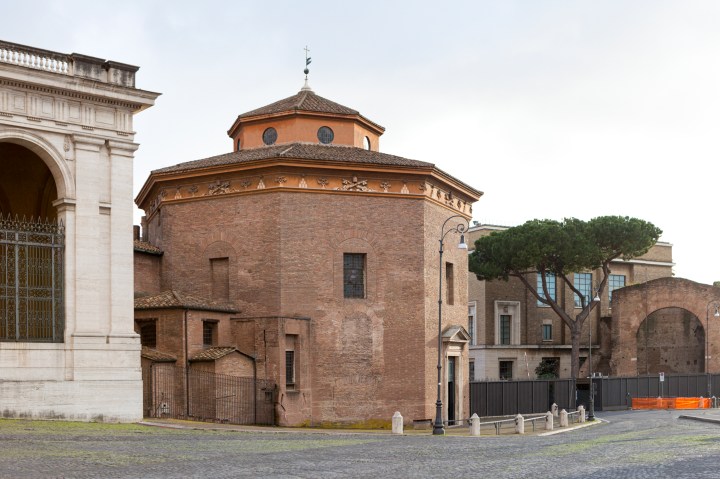