During the last station procession, instead of the penitential invocations, the Alleluia resounds. We are at the Basilica of San Pancrazio, dedicated to a young martyr considered the defender of oaths and promises. On this day, at the conclusion of the Octave of Easter, participants renew their baptismal promises and the cycle of Roman stations ends.

The basilica was built at the behest of Pope Symmachus (6th century) on the burial site of St. Pancras. According to the “passio” (the story of his martyrdom), Pancras, an orphan, had come to Rome from Phrygia together with his uncle Dionysus. Both converted to Christianity and Dionysus immediately fell victim to Diocletian’s persecution. Pancras, who was 14 years old, was brought before the emperor. He refused to sacrifice to the gods and defended his faith. For this he was beheaded.

The Basilica of San Pancrazio has undergone numerous transformations over the centuries. In 1662 the basilica was entrusted to the Discalced Carmelites, who still care for it it today. At the end of the 18th century it suffered the violence of Napoleon’s soldiers, and 50 years later found itself on the front line between the French of General Oudinot, who had come to the aid of Pope Pius IX, and the defenders of the Roman Republic. The damage was considerable. To destruction and looting was added the desecration of the martyr’s relics, which were dispersed. The relics present today come from the Lateran. 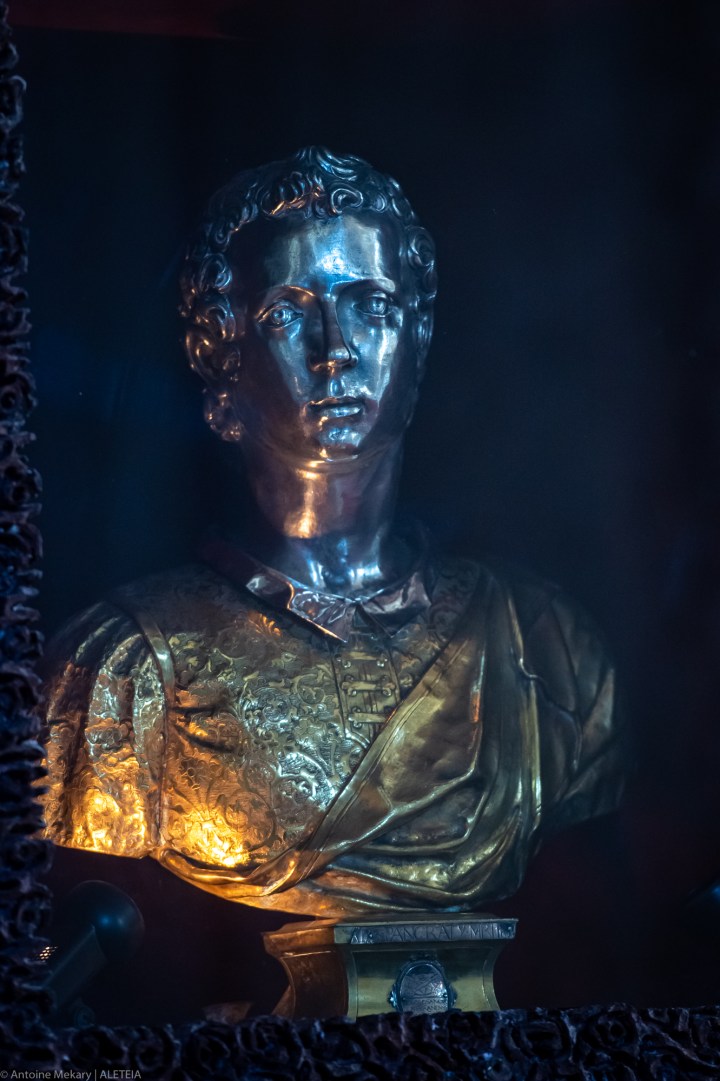 Top 10
1
J-P Mauro
Hear Clapton and Pavarotti sing a prayer to the “Holy Mothe...
2
I.Media for Aleteia
These 30 shrines will lead the Rosary Relay for end of the pandem...
3
J-P Mauro
Philippines finishes construction of largest Marian statue in the...
4
Sarah Robsdottir
Dad’s priceless reaction to newborn goes viral
5
Philip Kosloski
Prayer to Our Lady of Fatima for healing and strength
6
Philip Kosloski
What are the 4 different parts of the Mass?
7
J-P Mauro
Watch the blood of St. Januarius liquefy in May 2021
See More
Newsletter
Get Aleteia delivered to your inbox. Subscribe here.