5 Virtues of St. Mark that all men can imitate

The holy evangelist has much to teach us, all these centuries later.

Today is the feast of St. Mark, and the perfect time to look more closely at his life. His name is familiar as one of the four Gospel writers. But how much do we know about this heroic saint?

St. Mark was not one of Christ’s Twelve Apostles. Even though he wrote one of the Gospels, he is not mentioned by name in the Gospel stories. But tradition and the Acts of the Apostles give more information about him.

He was the son of St. Mary of Jerusalem (Acts 12:12), whose home was a meeting place for the apostles and the early Church. Mark joined St. Paul and St. Barnabas (his cousin) on missionary journeys. He also traveled with St. Peter, with whom he had an especially close friendship.

Like Luke, Mark was not one of the 12 apostles. One tradition, however, holds that Mark was speaking of himself when he described a mysterious young man present at Jesus’ arrest:

“Now a young man followed him wearing nothing but a linen cloth about his body. They seized him, but he left the cloth behind and ran off naked” (Mark 14:51-52).

St. Mark traveled to Alexandria, where he lived for years preaching and teaching. He eventually died as a martyr there.

Even with the little we know about his life, St. Mark shines through the centuries as an example of holiness. These 5 virtues he practiced are ones that all men can take to heart. 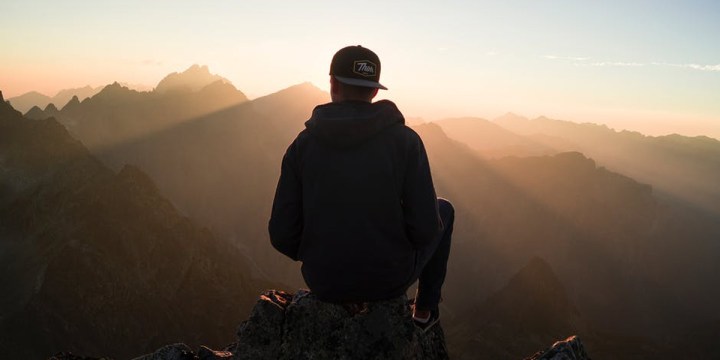 Launch the slideshow
Read more:How to celebrate the feast of St. Mark at home
Read more:4 Things the ‘Bible in a Year’ podcast has taught me
Tags:
Men’s LifestyleSaints

Prayer for this evening
Top 10
1
Philip Kosloski
Ascension vs. assumption: What is the difference?
2
Philip Kosloski
Why Matthias was chosen to replace Judas as an apostle
3
J-P Mauro
Hear Clapton and Pavarotti sing a prayer to the “Holy Mothe...
4
Larry Peterson
Benedict XVI called him “one of the most unusual saintsR...
5
Philip Kosloski
What was the message of Our Lady of Fatima?
6
J-P Mauro
We need better church music, say Catholics in the Philippines
7
I.Media for Aleteia
These 30 shrines will lead the Rosary Relay for end of the pandem...
See More
Newsletter
Get Aleteia delivered to your inbox. Subscribe here.