Jesus has gone to Heaven but is closer than before.

Paradoxically, after the Ascension, the Lord Jesus is closer to us because he is not limited to one place. He is present in every church in the tabernacle, in the Eucharist we receive, in the Word of God, and he gives us the Holy Spirit. He accompanies us constantly, as he assured us in the last words he spoke before his ascension.

While meeting with them, he enjoined them not to depart from Jerusalem (Acts 1:4) – Literally the Greek text says: “While eating salt together, he commanded them not to depart from Jerusalem.” This is an allusion to the salt covenant from the Old Testament and Middle Eastern culture. The people who consumed salt together were declaring their allegiance and their common path.

Go into the whole world (Mark 16:15) – Pope Francis told young people at the 2016 World Youth Day in Krakow that “following Jesus demands a good dose of courage, a readiness to trade in the sofa for a pair of walking shoes and to set out on new and uncharted paths.” And me, have I gotten off the couch and put on my track shoes yet?

Proclaim the gospel to every creature (Mark 16:15) – There is a story that once St. Francis of Assisi and his brothers went out to preach the Gospel. They went through a whole city without proclaiming a single word. When a brother asked him when they would finally preach, St. Francis replied that they had done just that. “Preach the Gospel always, and if need be, also with words!”

And they went forth and preached the Gospel everywhere (Mark 16:20) – There is no limit for preaching the Gospel. It is proclaimed everywhere and to every creature. Everywhere means also in the workplace, among friends, in the family.

While the Lord worked with them and confirmed the word through accompanying signs (Mark 16:20) – Jesus is faithful to the salt covenant. He is with us at all times and works with us. He gives us signs of His help today as well. We just need to be open to see them and thank the Lord Jesus.

At the site of Jesus’ ascension at the top of the Mount of Olives, there is a small octagonal chapel that dates from the time of the Crusades. After the defeat of the Crusaders in the Holy Land, in 1198, the chapel was taken over by Muslims, and so it remains today. They transformed it into a mosque and added a dome.

According to Tradition, as Jesus ascended into heaven, he touched the ground and the mark of his foot remained in the rock. The site is a visible sign of an untouchable reality. The stone inside the chapel reminds us that Jesus is, paradoxically, closer to us than we think. He accompanies us on earth, although He has ascended into heaven. 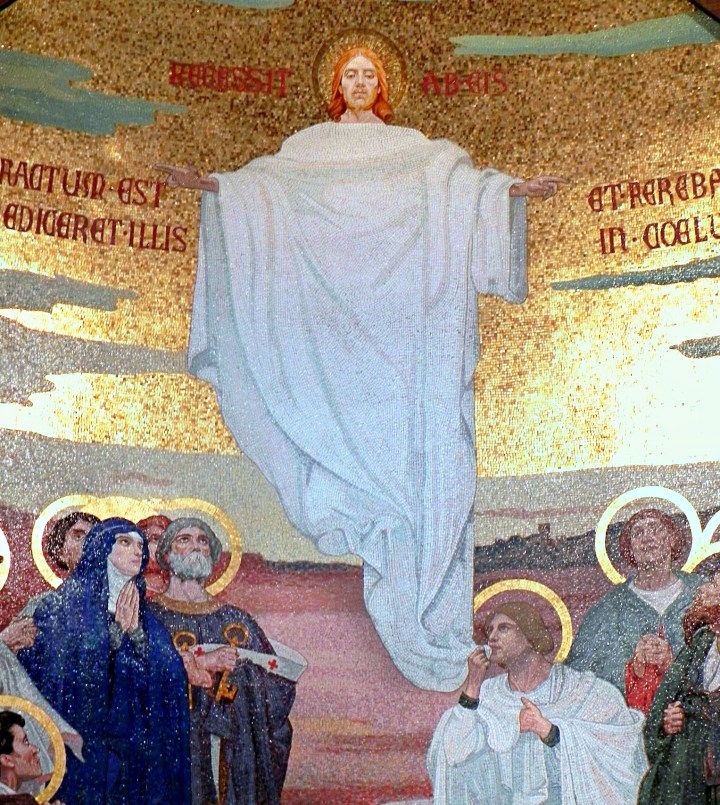