After receiving scholarship, teen donates savings to help other students

At 18, Joshua Nelson leans on his upbringing and his faith.

High school graduate Joshua Nelson is due to start Southeast Missouri State in the fall with a scholarship. The 18-year-old had saved money to fund his tuition, but when he was offered the college’s President’s Scholarship, he decided to put his savings to good use.

The kind-hearted student, who is due to graduate from St. Charles West High School in Missouri this week, decided to help others who might be struggling to raise college fees. He puts this decision down to his “upbringing and faith,” according to the report by Good Morning America.

“I’ve always lived by strong principles as far as being a cheerful giver and having an open hand when it comes to giving back so I feel like that really motivated me,” the graduate went on to share.

While his levels of compassion are impressive, so, too, are his academic skills. The scholarship Nelson is receiving is only awarded to the top five students in the year. And he is using these skills to ensure his savings go a long way.

He initially planned on giving away $1,000 in one lump sum. However, he met up with his counselor, Yolanda Curry, on Zoom, and worked out how he could put his idea to even better use.

Along with his current high school, Nelson created the Joshua Nelson Leaders In Action Scholarship fund. Every year a senior will be awarded $1,000. The money will be generated through donations and Nelson has pledged to donate $1,000 each year, according to ABC. Already $16,000 has been raised, bringing the total fund up to $17,435, with Nelson’s contribution included.

This money alone will provide a scholarship each year over the following decade. And the first to benefit from the fund is Darrell Montalvo-Luna, who was actually given $2,000 as the very first recipient.

“Joshua has the heart of a servant leader. He leads by example and he’s genuinely excited when good things happen for other people. He’s an encourager — he’s good at building others up and does what he can to help encourage and motivate those around him,” Curry shared with GMA.

Along with his scholarship and starting a fund, Nelson has also become SEMO’s first ever president of its Multicultural Achievement Council Scholars program. The new program is setting out to help underrepresented students with college and career preparation.

And if that’s not impressive enough, Nelson’s reason for his career choice is inspirational. When he joins the college’s pre-optometry program, majoring in biomedical sciences, he’s doing this with his family in mind.

“My whole family has very poor vision; we’re all relying on contacts and glasses. I was thinking if I want to go into the medical field, let me go somewhere that’s going to help me and my family,” explained the graduate.

Nelson’s kindness and compassion for his family and those in need is truly motivational. He is like a number of young men and women who have shown how much teens have to offer society. Just click on the slideshow below to discover these inspirational youngsters who are a great example for any teen, or adult! 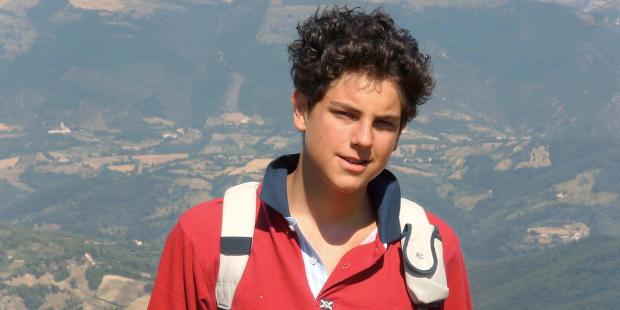