The story of St. Thomas Becket offers a glimpse into an era when the struggle between church and state came to a head – literally

St. Thomas Becket was very much a man of the Middle Ages. He climbed the ladder of influence with extraordinary speed, and was cut down even faster. We don’t know exactly when he was born, but by the age of 42 he had reached high enough to bait a notoriously bad-tempered king. Eight years later he was murdered. During those years he lost a massive fortune and acquired some scruples.

Thomas Becket as a young man

For England’s premier saint, Becket had very French roots. Both parents seem to have been from across the Channel but had settled well into London commercial life. Young Thomas grew up in a cosmopolitan manner, in a neighborhood that was more expensive than is suggested by its name: Cheapside.

By his twenties, Thomas Becket had risen high in the establishment. His route was Church administration, without the inconvenience of taking holy orders. By 35 he was the top administrator in the country. King Henry II liked and trusted his favorite enough to entrust his son and heir, Henry the Young King, to Becket for bringing up. It’s just as well Becket never had children of his own. He seems to have made a poor job of parenting. It was said that Prince Henry was “empty headed, incompetent and irresponsible.” Maybe Becket was better as a sports coach, for the young king grew up to be a tall, handsome jousting hero.

Appointed the Archbishop of Canterbury

Within a few years of becoming the country’s number-one administrator, Becket was promoted to the ultimate Church job, Archbishop of Canterbury. The monks of Canterbury and elsewhere were unhappy about a libertine accountant becoming their leader. The king’s solution was to have Becket ordained as a priest the day before he became archbishop.

The new Becket: From ostentation to asceticism

The blissful friendship that had developed between Henry II and his high-flying friend deteriorated as soon as Becket became a man of the cloth. The new archbishop abandoned his former taste for flamboyance. This had always outshone his king, who had the simplest of tastes, while Becket brought 24 changes of clothing when sent for a meeting with the French king. Most envied of all were the pet monkeys who traveled with him.

Becket went from showman to ascetic in so short a time, it must have seemed like another form of ostentation. He even started wearing the apparel of the serious penitent, a hair shirt. It is one of the great mysteries of an era filled with surprises and contradictions. The servant turned against his master in every way he could think of, ditching his legendary wardrobe and deference to the king along the way. Is it that Becket had grown a conscience after taking holy orders, or was he determined to teach those nay-saying monks a lesson about being the best archbishop they could ever have prayed for? 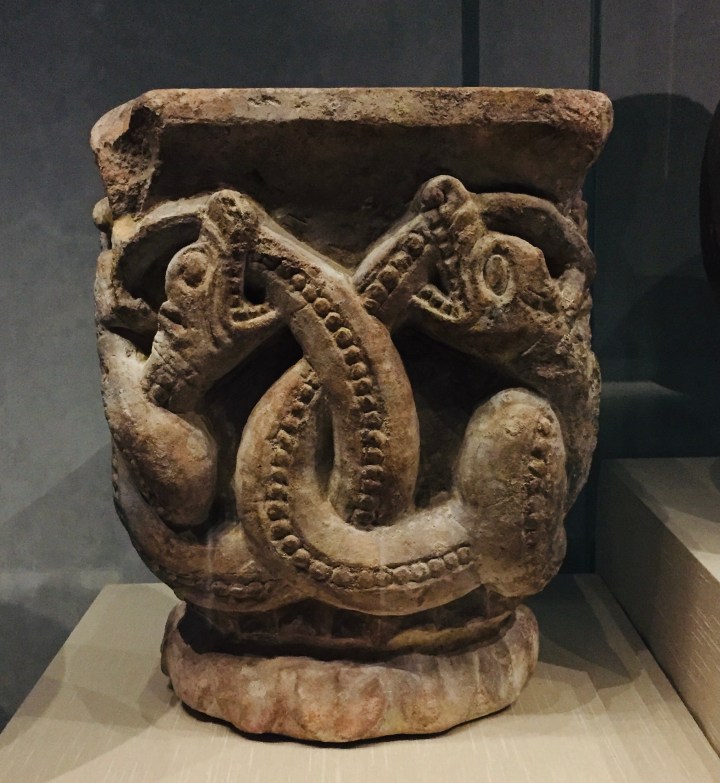 “Will nobody rid me of this turbulent priest?”

After enduring eight years of disrespect and obstruction from Becket, King Henry II had suffered enough. When he uttered those immortal words, “Will nobody rid me of …” he specified “priest,” not BFF, civil servant, accountant or child minder. Becket must have suspected what was coming. He had fled into exile twice before, fully understanding the king’s rages.

Henry II regretted suggesting murder to the four unthinking knights for the rest of his life. No other king has been through public penance and whipping by the clergy to atone for his sins. His actions caused wonder among the people of England but did nothing to dispel the view that Becket was a saint, martyred by a king so irascible he had fought wars against all of his sons and his own wife. Thomas became one of the fastest-canonized saints in history. A fabulous chapel was erected soon after, with as many body parts as could be installed. His blood, which had been hastily mopped up, was still being recycled many years later.

It may seem that in death Becket had won the battle between the secular and spiritual worlds. No other clergyman in European history has managed to humiliate his king so well. Everyone soon heard about the sound of vespers interrupted by swords swiping through Becket’s skull and shattering on the stone floor. Just after Christmas, too. In the season of giving, this was a gift to the Church that would keep on giving.

Revered by Catholics and Anglicans alike

The souvenir sellers of Canterbury have never looked back – except when the penalty for plying their trade was death. Despite Henry VIII wrecking the tomb and destroying every physical trace of the saint, Becket is now happily shared by both the Catholic Church and the Church of England. Not many saints have engendered this sort of ecumenical harmony. His bones may have been secretly hoarded by Henry VIII, who was a clandestine admirer of England’s most famous home-grown saint. If so, almost nothing is left of those sacred relics except a piece of his skull.

Other beneficiaries of Becket’s murder were the four hitmen of Henry II. Initially excommunicated by the pope, he then sent them to the Holy Land to do penance as Knights Templar. It seems that a pilgrimage to Jerusalem was what these brutal men had always yearned for. They are thought to be buried near the Temple Church by the front door of what is now Al-Aqsa Mosque.  They were also reported to have spent their final days wearing hair shirts.